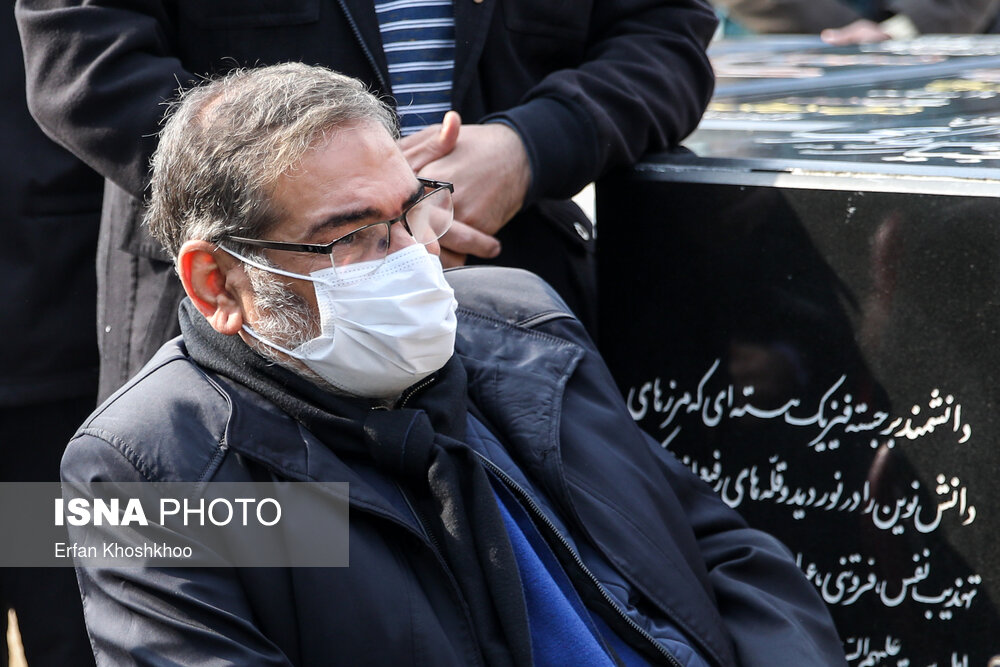 Speaking to reporters on the sidelines of burial of the late Iranian scientist on Monday, Shamkhani said Israel and its espionage service, Mossad, have masterminded the complicated assassination attack on Fakhrizadeh.

He noted that the terrorist Mujahedin-e Khalq Organization (MKO) has been also involved in the strike.

Pointing to the clues that Iran has found about the attack, Shamkhani said, “It has become clear to us who has masterminded this and what its background is. The Munafeqin (Mujahedin-e Khalq Organization terrorists) have been involved for sure, and the criminal element in this job is definitely the Zionist regime and the Mossad.”

“Unfortunately, the operation was a very complicated one. It took place with the employment of electronic equipment. No person (assassin) was present at the scene,” he explained, confirming an earlier report by Fars News Agency.

Paying tribute to Fakhrizadeh as a martyr of the nuclear industry, an engineer and a military general, Shamkhani said the enemy had been seeking to assassinate him for the past 20 years.

He said the Iranian intelligence systems had “precisely predicted the possibility of occurrence of an attack on him (Fakhrizadeh) and the possible location of the incident”, but the required seriousness was not taken into account this time “because of the frequency of reports (of possible attacks) over these 20 years”.

The enemy had carried many abortive operations throughout these year, which have not been publicized, the senior security official added.

Fakhrizadeh, a senior nuclear and defence scientist, was assassinated in a small city east of Tehran on November 27.

In a message after the incident, Leader of Iran’s Islamic Revolution Ayatollah Seyyed Ali Khamenei called on all relevant administrators to “investigate this crime and firmly prosecute its perpetrators and its commanders” and “to continue the martyr’s scientific and technological efforts in all the sectors where he was active.”