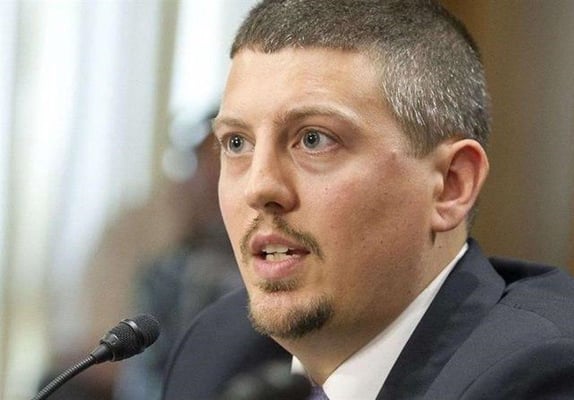 Iranian social media users have lashed out at recent comments made by former US official Richard Nephew about the new US bans on Tehran, calling them crocodile tears shed by the “mastermind of anti-Iran sanctions”.

Inspired by the “Game of Thrones” TV series, US President Donald Trump recently published a picture bearing the sentence “Sanctions Are Coming”.

Richard Nephew, the key mastermind of Iran sanctions during the Obama administration, condemned the action by Trump as disgusting, and urged him not to express joy over the bans.

“This is frankly disgusting. I was responsible, directly, for US sanctions against Iran for a long while. I took pride in their development, design and use. But not joy. Having to do this is lamentable and will impose very real, human costs. Take this seriously, please,” Nephew wrote on his Twitter page.

This is frankly disgusting. I was responsible, directly, for U.S. sanctions against Iran for a long while. I took pride in their development, design and use. But not joy. Having to do this is lamentable and will impose very real, human costs. Take this seriously, please. https://t.co/FO1qMVaPYl

His criticism of Trump, however, was slammed by social media users in Iran, who drew a parallel between him and the Trump administration.

Users not only did not take Nephew’s criticism of Trump’s new sanctions seriously, they also blasted him for inflicting suffering and hardship on Iranian people by orchestrating sanctions during the term of the Obama administration.

A Twitter user criticized him for taking pride in endangering innocent people’s lives and depriving them of basic medicines.

Another user wrote ironically that Nephew is feeling bad for a mistake he had made and now the problem is solved!

Some users accused Nephew of being narcissistic.

Most users said he was not honest in his criticism as he said he was proud of having masterminded the Iran sanctions.

A user criticized him for taking pride in paralyzing a country and directly imposing suffering and hardships on Iranians.

After leaving the Obama administration, Nephew turned to research work and now is working as a senior researcher at the Centre on Global Energy Policy at Columbia University and sometimes publishes reports on Iran.

The Trump administration is gearing up to implement phase two of sanctions against Iran as of Monday.