A look at newspaper headlines across the country on August 31, 2014

A look at Iranian newspaper headlines across the country on August 31, 2014

Ebtekar leads on the fourth news conference of President Hassan Rouhani since he took office more than a year ago and quotes the chief executive as saying, “As far as [nuclear] talks go, the buck stops here. […] Impeachment won’t change the course of my government. […] We act in keeping with the law in dealing with what happened [after the presidential elections] in 2009.” 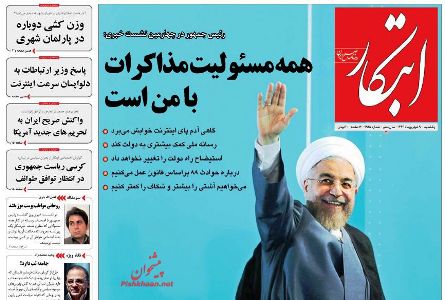 Farhikhtegan, another Tehran-based daily, gave extensive coverage to the comments of President Rouhani and cited him as telling the presser, “Some should not build on illusions to deprive others of their social rights. The law has the final say. […] We welcome the efforts of any country that wants to take on terrorism.”

Farhikhtegan: The vice-president of Islamic Azad University urges housewives to seize the opportunity and sign up for academic programs specially designed for them. 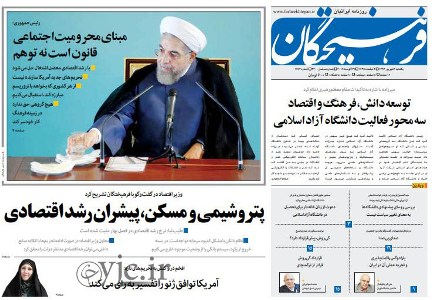 Haft-e Sobh, another mass circulation daily which focuses on social, economic, urban and cultural issues, describes Vice-President Mohammad Bagher Noubakht, who also serves as the government spokesman, and the president’s Chief of Staff Mohammad Nahavandian as the “new captains of the government” and says after tireless efforts of [Foreign Minister] Mohammad Javad Zarif which produced little result over the past year, now economic figures of the government lead the charge. 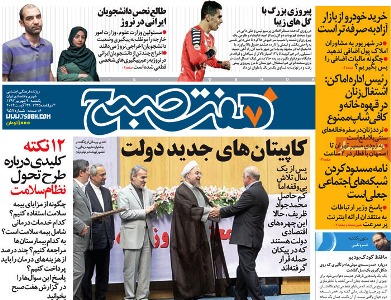 Arman-e Emrooz too puts the president on its front page and quotes him as saying, “Some live on division and discord. […] Trumped-up allegations are unacceptable. […] Those involved in smear campaigns should quit critiquing the government. […] No meeting with [President] Obama is scheduled.” 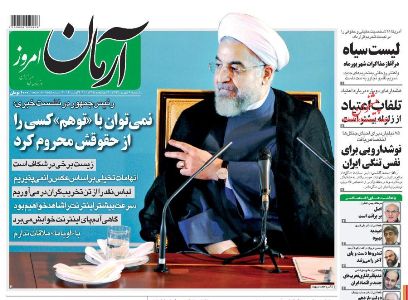 Aftab-e Yazd: MPs go into another recess. The annual break of parliament deputies is longer than that of school students. 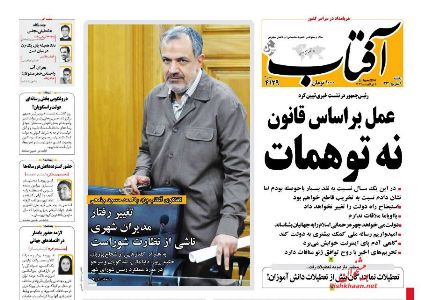 Abrar: “The death toll from drug addiction is greater than earthquakes’,” a member of the Social Committee of the Islamic Consultative Assembly said.

“The Islamic State is no match for Iran,” the deputy commander of the ground forces of the Iranian Army said. 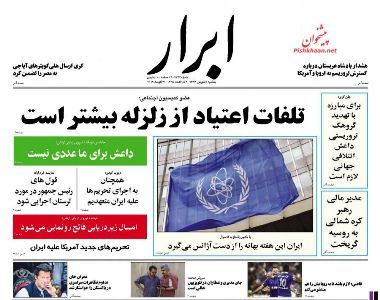 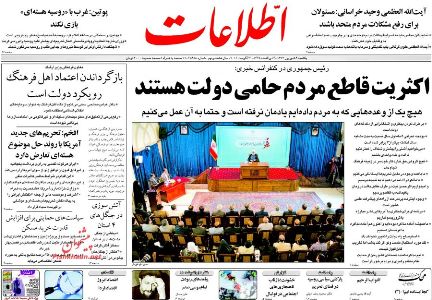 Etemad has a story headed “Reformist Seat, Principlist Plan” which poses a question as to where the rivalry of the two main political parties over the chairmanship of Tehran City Council leads to.

“Freedom is vital to thinking,” Siavash Jamadi, a translator of philosophical and literary books said in reaction to proposed changes to the philosophy program in universities. 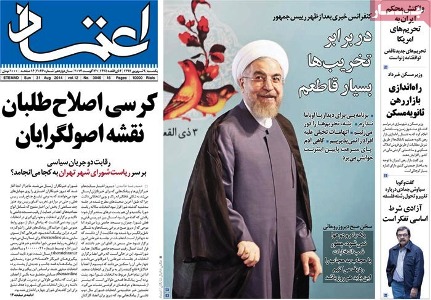 Iran too led on the president’s progress report which he released in a press conference on August 30 and cited Mr. Rouhani as saying, “I will live up to the promise I made to the public. […] The new sanctions the US has slapped on Iran are not in line with the Geneva Interim Agreement. […] The sanctions regime will never make a comeback. […] By yearend, Iran’s economic growth will land in positive territory. […] Countries claiming to fight terrorism should practice what they preach.” 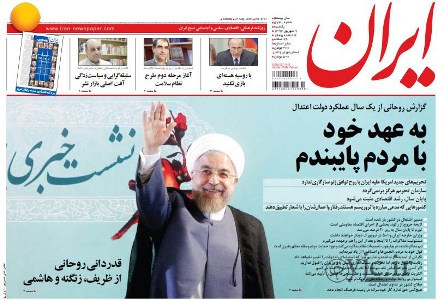 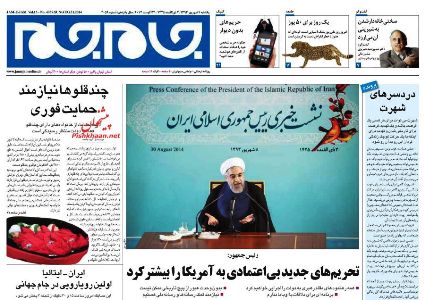 “Top diplomats from P5+1 and Iran will meet in New York to work out a nuclear deal with Tehran,” EU foreign policy chief Catherine Ashton said. 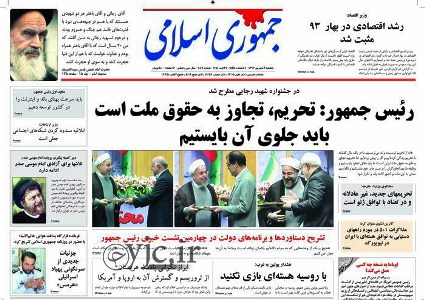 Resalat: “Any deal that compromises the nuclear rights of the Iranian people is out of the question,” Deputy Foreign Minister Seyyed Abbas Araghchi said.

Kayhan: “A 10-year ban on exploitation of forests in the north [of Iran] has taken effect,” head of the Forestry Organization declared. 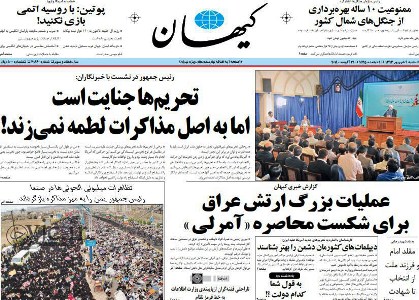 Hamshahri: “The West is worried about homegrown terrorists” and “New defense products are in the pipeline.” 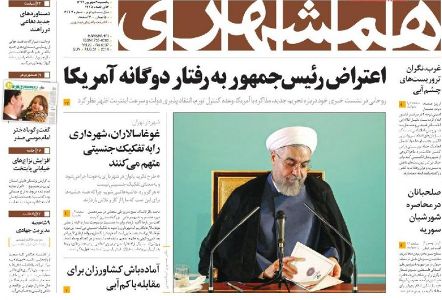 Hemayat: Health Ministry has been chosen as the top government institution.

Life expectancy [in Iran] is to increase by 10 years. 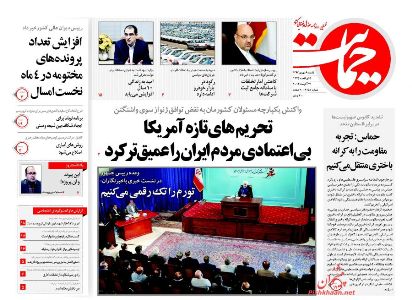 Rah-e Mardom takes a look at the development projects [Tehran Mayor Mohammad Bagher Ghalibaf] has overseen before and after his failed bid to become president [in 2013]. 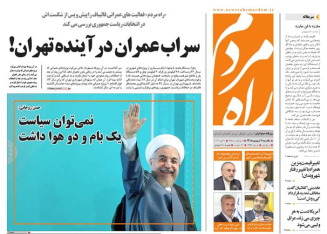 Mardomsalari: “We will proudly skirt the new sanctions,” President Rouhani says in reaction to a new set of sanctions imposed by the US. 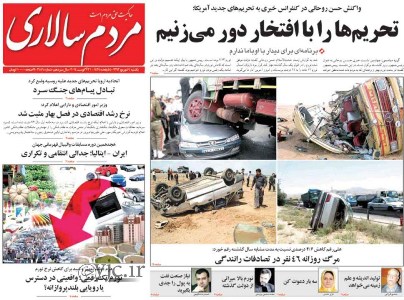