A look at Iranian newspaper front pages on Jan. 3

Several reformist dailies on Saturday led on the critical comments of the chairman of the Expediency Council aimed at the national broadcaster for airing programs that promote division. The appeal by the first vice-president for the punishment of those who are to blame for the depletion of the foreign exchange reserve funds along with the demolition of the illegally-built top floor of a famous mall in the capital dominated the front pages of other newspapers.

Abrar: A senior IS terror leader has been killed in Fallujah, Iraq. 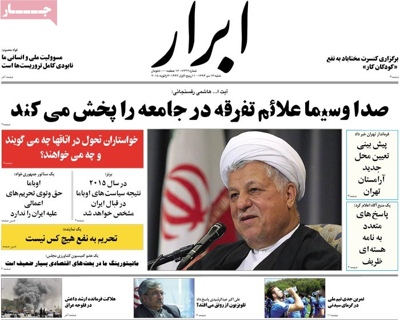 Afarinesh: One of the individuals involved in a deadly armed robbery in central Iran has been arrested. [Two others have been killed in shootouts with the police.]

Afarinesh: “Several foreign ministers have answered the nuclear-centered letter the Iranian top diplomat sent to his counterparts around the world in December,” an informed source said. 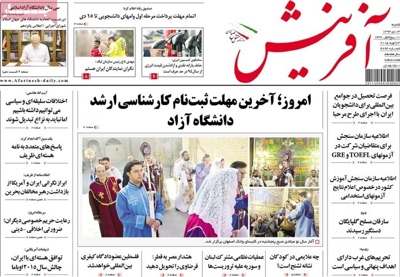 Afkar: Unemployment increased [to more than 10 percent] in the fall.

Afkar: “Those who have failed to save oil revenues should be held to account,” said the first vice-president. 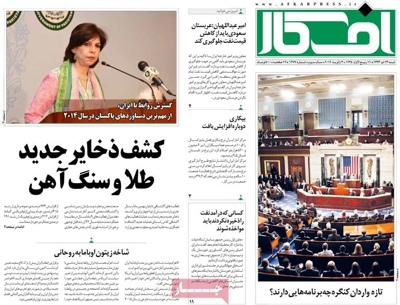 Aftab-e Yazd: President Rouhani paid a visit to elderly Christians at a nursing home on the first day of 2015. 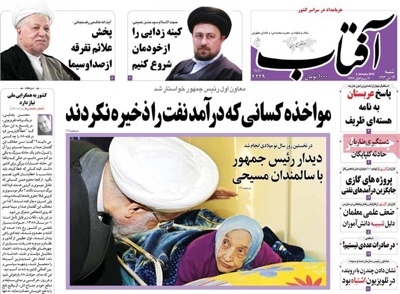 Arman-e Emrooz: “[The deadly armed robbery in] Golpayegan had nothing to do with IS terrorists,” said the deputy commander of the Law Enforcement Force. 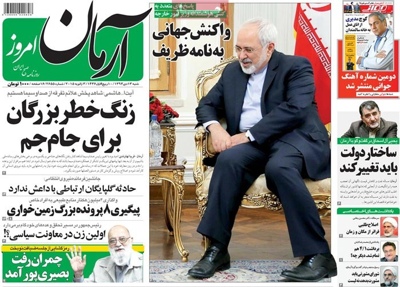 Asrar: After nine years in the job, Mehdi Chamran has been replaced by Gholamreza Basiripour as chairman of the Supreme Council of the Provinces.

Asrar: “Principlists do not favor the formation of a House of Parties,” said Hassan Ghafourifard, a university professor and a former MP. 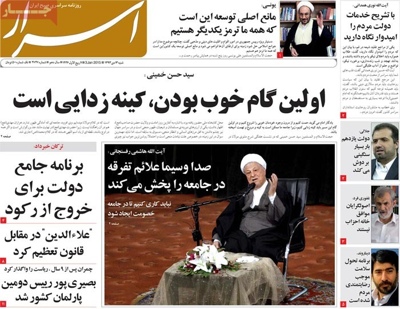 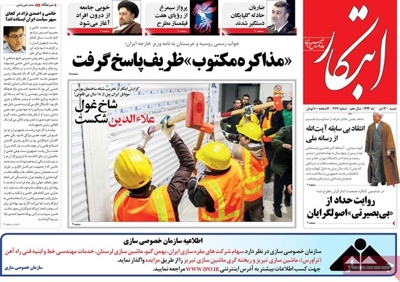 Emtiaz: Tehran municipality enforced the law and removed the illegally-built top floor of a mall in downtown Tehran. 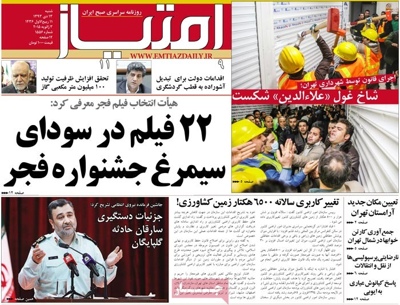 Ettela’at: “We should not allow foreign boots to make decisions for the world of Islam,” said President Rouhani at the inaugural of a Koranic event bringing together Muslim students. 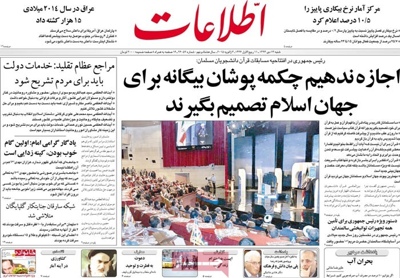 Hambastegi: “Any coalition of principlists which is not centered on the clergy would be half-cocked,” said Mohammad Nabi Habibi, the secretary general of the Islamic Coalition Party. 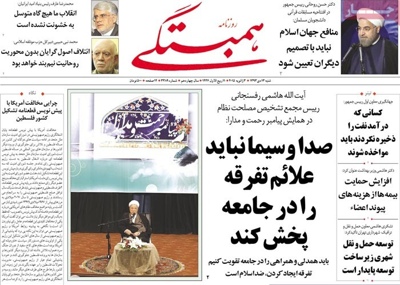 Hemayat: Unemployment is back in double digits following claims that the country is out of recession.

Hemayat: “Seditionists have designs on parliament and the Assembly of Experts in the upcoming elections,” said Tehran Friday prayer leader Kazem Sedighi. 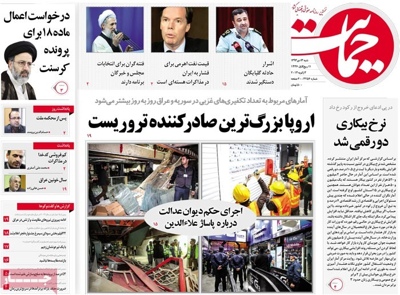 Jahan-e Eghtesad: “Let’s be realistic. We have nothing to boast about when it comes to our share of exports in global transactions,” said the head of the Chamber of Commerce. 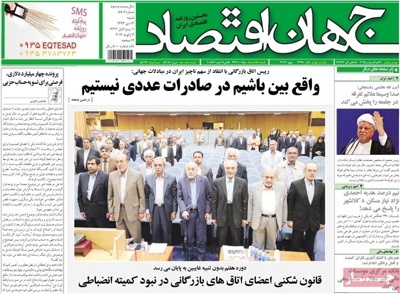 Javan: A suspect arrested in connection with a deadly armed robbery in central Iran has confessed to 10 counts of murder and 19 cases of armed robbery. 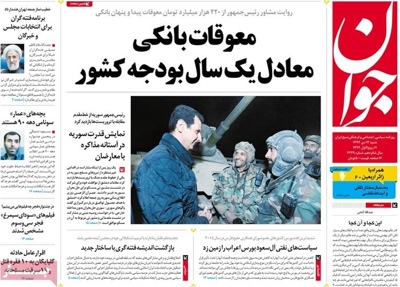 Jomhouri Islami: Five European countries are in talks with Iran to forge cooperation with the National Iranian Gas Company. 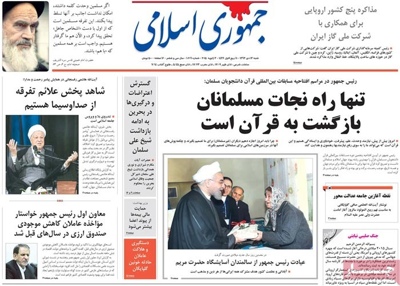 Kaenat: The director of the Atomic Energy Organization of Iran has said victory in nuclear talks will be celebrated shortly. 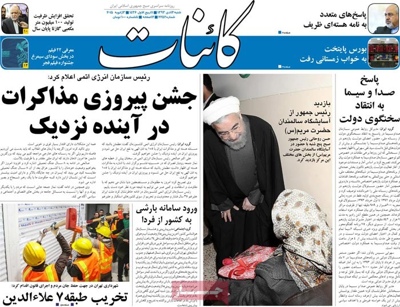 Kar va Kargar: “Respect for the elderly knows no religious or geographical bounds,” President Rouhani said on a visit to the Saint Mary Nursing Home. 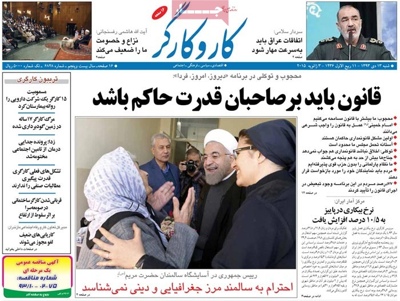 Khorasan: Government has withdrawn $1.5 billion from national reserves after the go-ahead of the Supreme Leader to develop agriculture in Khuzestan province.

Khorasan: In a terrorist attack in Sistan and Baluchestan province a Sunni Basij volunteer and a Shiite teacher were martyred. 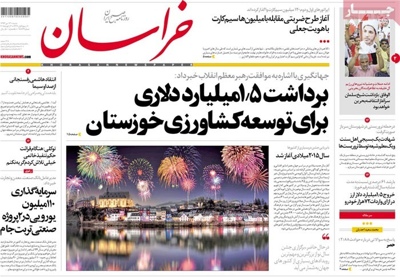 Mardomsalari: “If someone leaves the circle of our friends, they are not necessarily an enemy,” said Ali Younesi, an advisor to President Rouhani for ethnic and religious minority affairs. 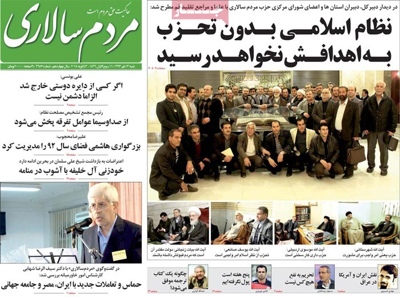 Mardom-e Emrooz: “The stage is not set for Ayatollah Rafsanjani to visit Saudi Arabia,” said Ali Younesi, an advisor to President Rouhani. 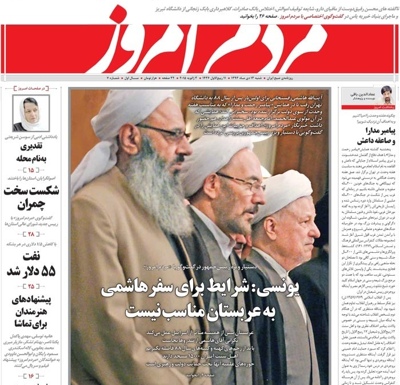 Vatan-e Emrooz: The US still insists on not granting a visa to the diplomat Iran has named as ambassador to the UN. 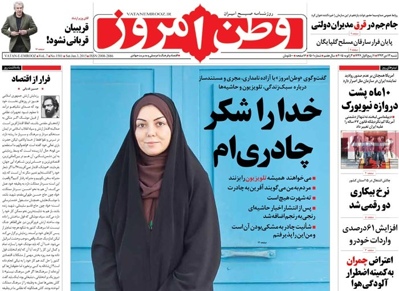