A look at Iranian newspaper front pages on Feb. 3

The successful launch of a domestically-developed satellite dominated the front pages of Iranian newspapers on Tuesday. Also on the cover of the dailies was the Iranian foreign minister’s criticism of those at home who don’t want the sanctions to be lifted.

Afarinesh: A ring that defrauded potential foreign exchange buyers has been busted. 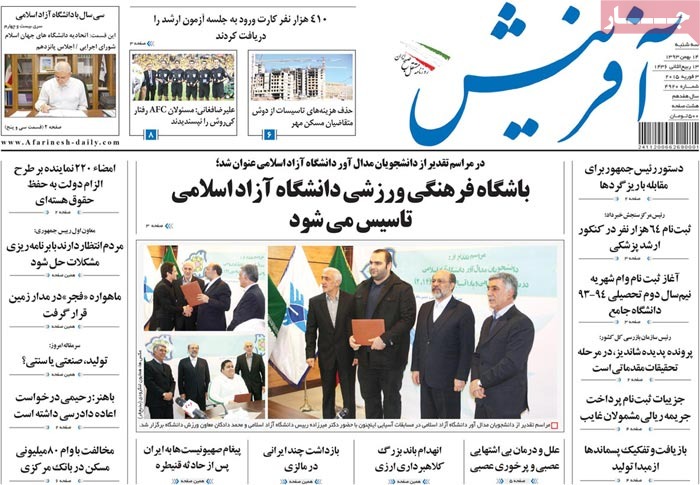 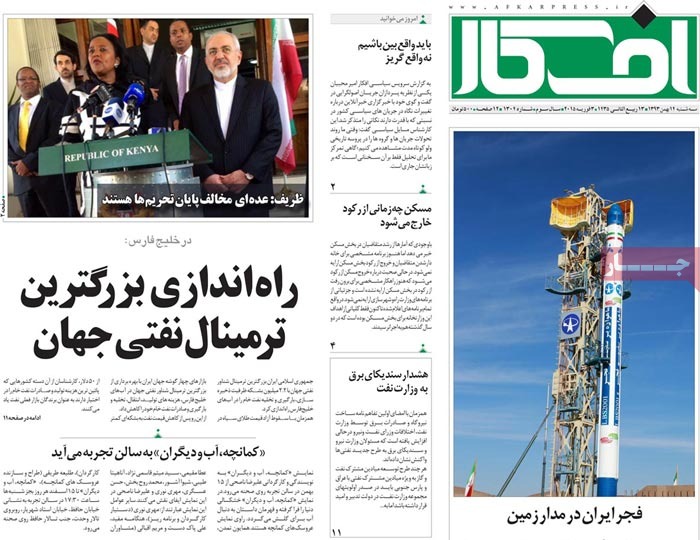 Arman-e Emrooz: Foreign Minister Mohammad Javad Zarif has lashed out at those who benefit from continued sanctions and thus don’t want them to be lifted. 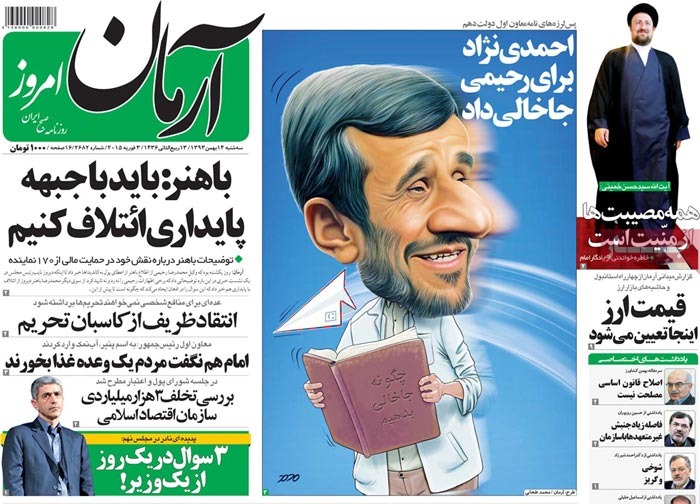 Asrar: Some 70 Iranian marshlands are under threat. 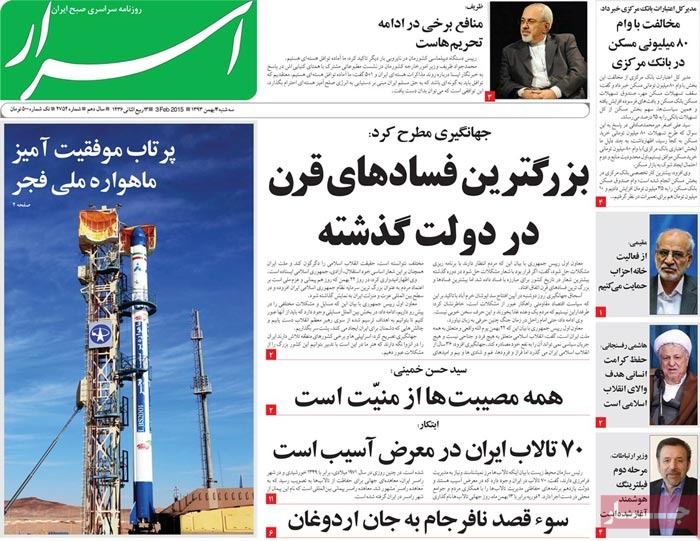 Emtiaz: The national soccer team captain Javad Nekoonam is to hang up his boots after a friendly with Chile. 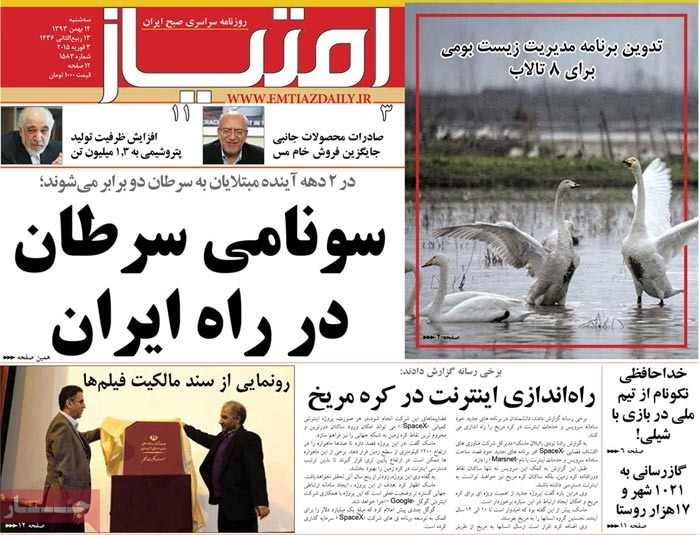 Etemad: “The infrastructure needed to revive the Management and Planning Organization is not there,” said Mohammad Sattarifar, a former director of the organization. 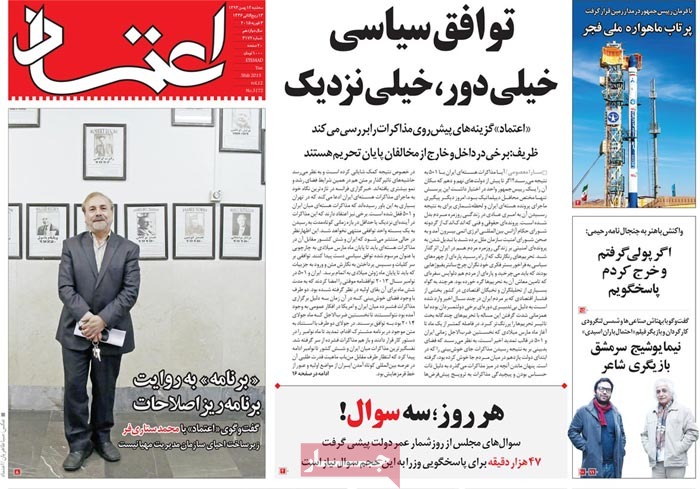 Ettela’at: “The biggest corruption of the century took place when the previous government was in office,” said First Vice-President Eshagh Jahangiri. 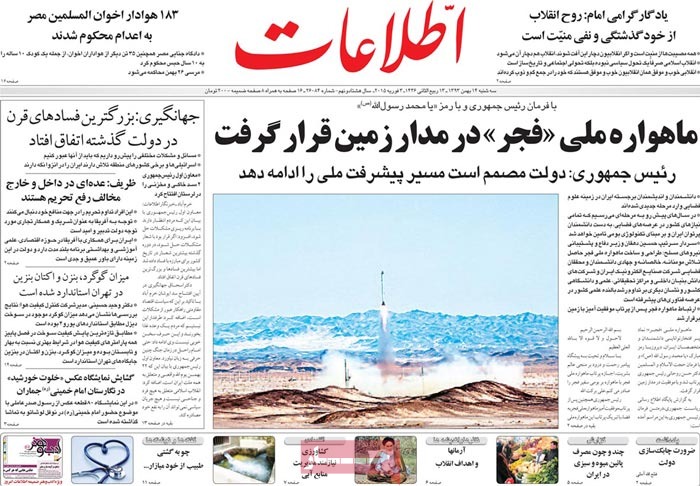 Hambastegi: “Avoidance of self-centeredness holds the key to the survival of the revolution,” said the grandson of the founding father of the Islamic Republic. 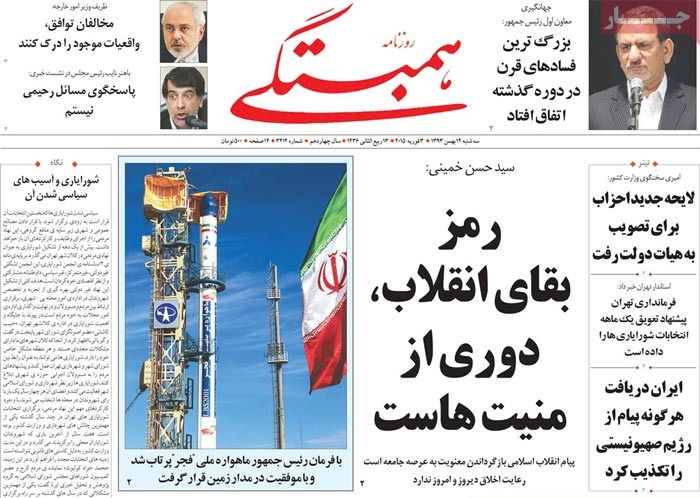 Hemayat: The Supreme Audit Court has announced that withdrawal by the government of $1.2 billion is against the law. 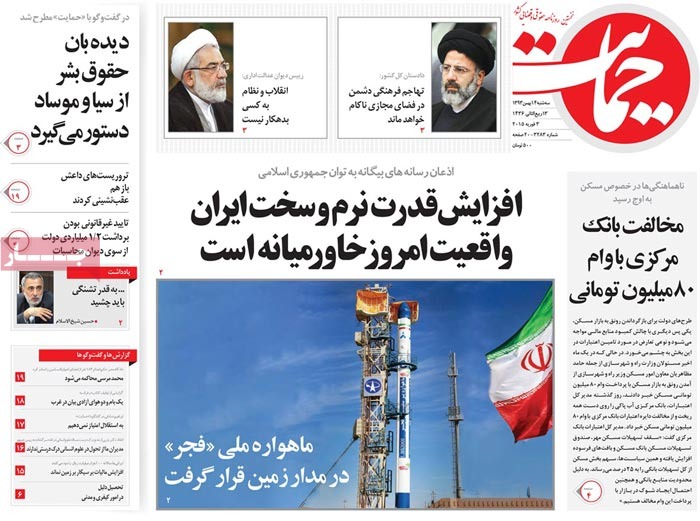 Kayhan: Forty hospitals and clinics will open during 10-Day Dawn [marking the victory of the Islamic Revolution in 1979]. 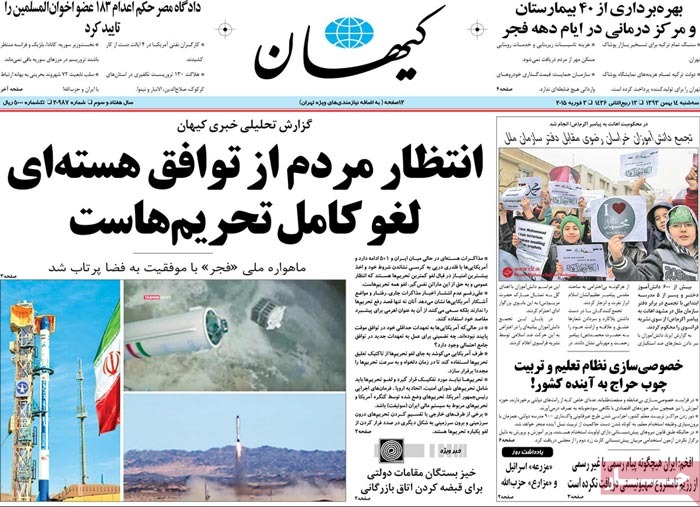 Khorasan: “Iranian scientists have opened a new chapter in space science,” said President Rouhani after Fajr, a domestically-built satellite, was placed in orbit. 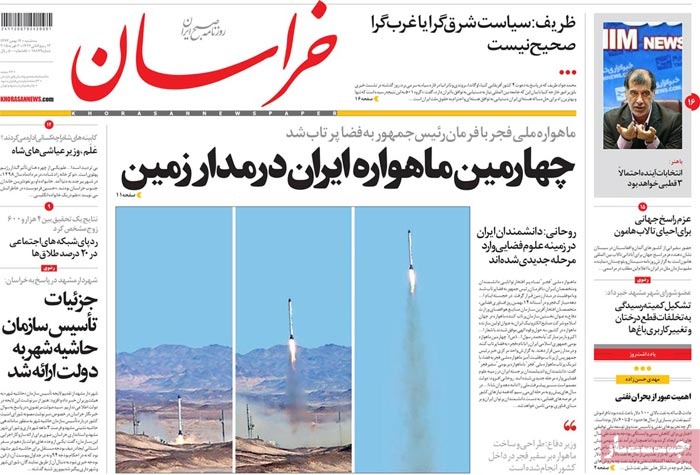 Qods: “Iran has received no message, official or unofficial, from Israel,” said the Foreign Ministry spokeswoman. 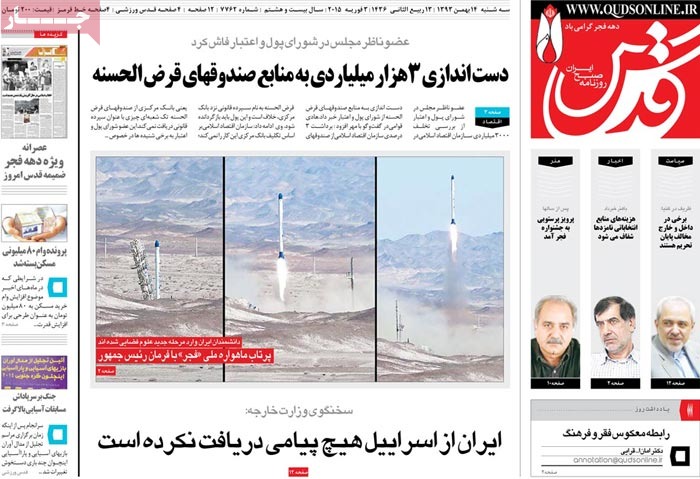 Sayeh: Avroman, a mountainous area in western Iran, is on course to being registered as a UNESCO World Heritage Site. 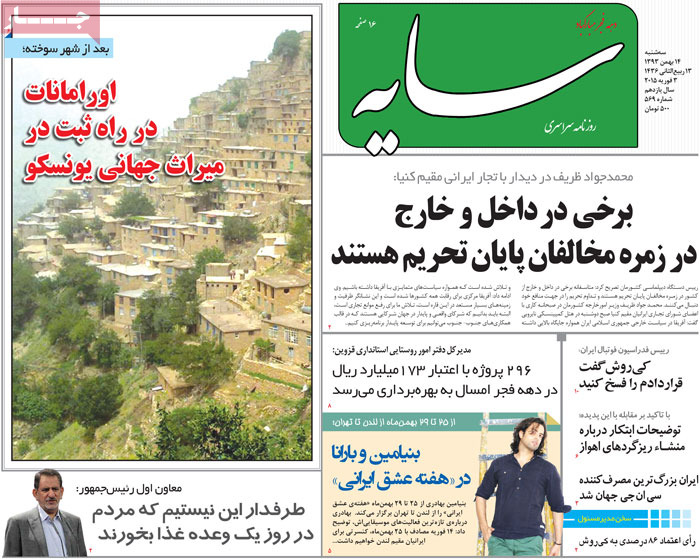 Sepid: MPs have warned Islamic Republic of Iran Broadcasting (IRIB) not to air commercials for items which are harmful to health.

Sepid: A first case of influenza death has been confirmed in Iran. 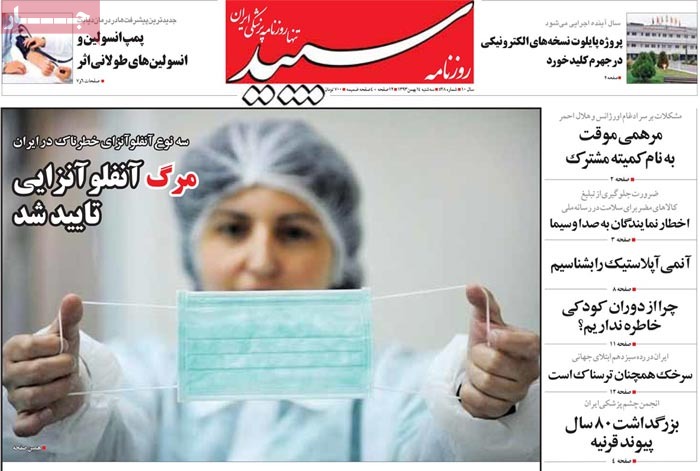