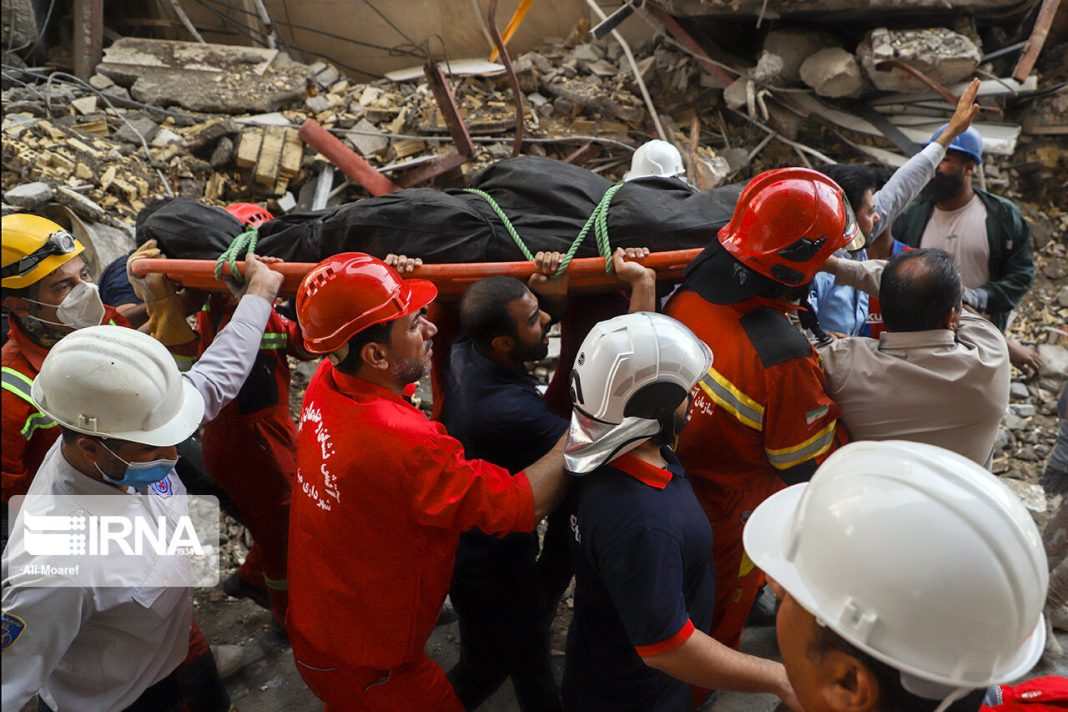 The general and revolutionary prosecutor of Iran’s Khuzestan Province says a DNA test has approved the identity of the corpse of Hossein Abdolbaghi, the key defendant in the collapse of a tall building in the southern city of Abadan.

19 people have been confirmed dead so far in the incident with dozens trapped under the rubble.

Sadegh Jafari Chegeni said Abdolbaghi’s corpse was earlier identified by his family and that the police department of Khuzestan also confirmed that it belonged to him.

His comments come as word spread on social media that Abdolbaghi is alive and has fled to a foreign country.

The general and revolutionary prosecutor of Khuzestan Province also said a team of experts has been dispatched to the site of the collapse to determine the exact cause of the incident.

He added that anyone found to be at fault for the collapse of Metropol Building will be brought to justice.