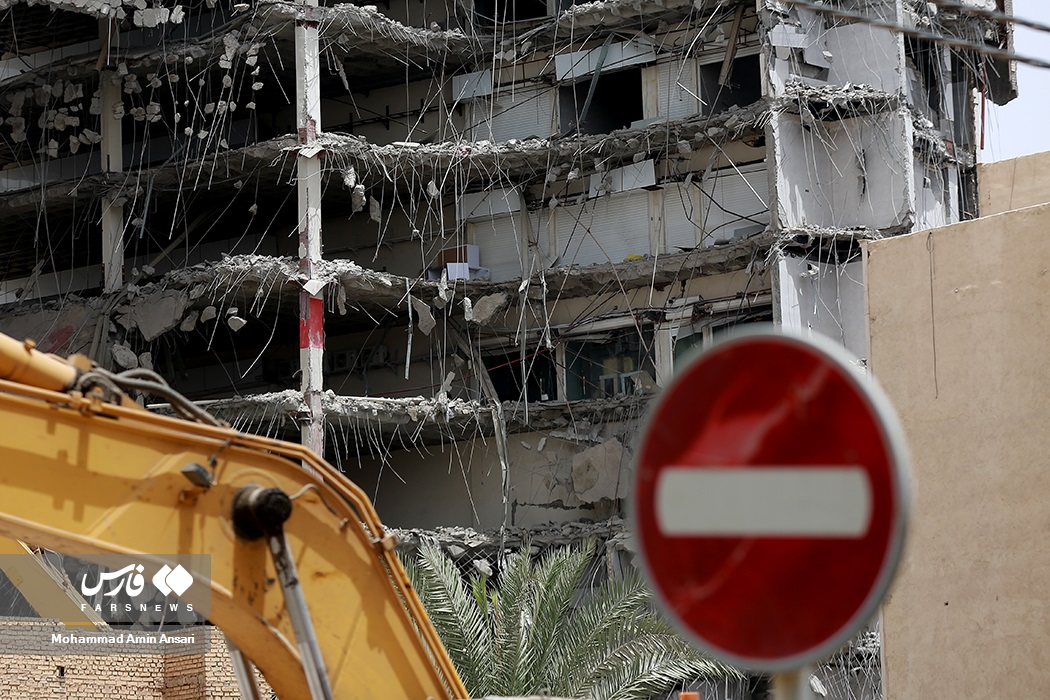 The general prosecutor of Iran’s Khuzestan Province announced 7 more people have been arrested in connection with the May 23 collapse of Metropol Building in the city of Abadan min southwestern Iran.

Sadegh Jafari said the arrests were made based on the opinion of experts investigating the deadly incident.

He added that a preliminary probe into the issue has started.

Jafari said 7 of the people killed in the building collapse were women and as per Islamic criminal code, the rest of their blood money can be paid from the physical damage fund.

The Metropol collapse killed over 40 people. Right after the incident, officials blamed it on the owner of Metropol, saying the collapse happened due to poor construction standards.

Authorities later found that Metropol’s owner, Hossein Abdolbaghi, had been killed after he was buried under rubble. Abdolbaghi’s body was found and a DNA test confirmed the identity of his corpse. Several other people have been arrested in the case.

The building collapse sparked sporadic protests in Abadan and a couple of other Iranian cities, with demonstrators demanding those responsible for the incident be put on trial.