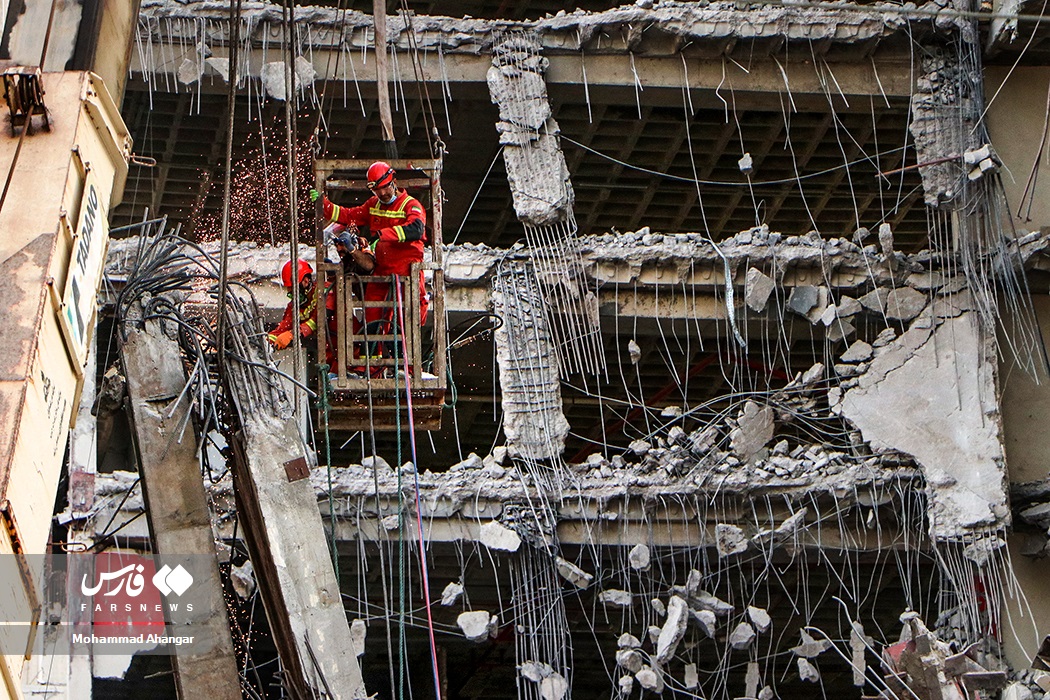 A judicial official in Iran’s Khuzestan Province says verdicts have been issued for 21 defendants in the collapse the Metropol Building in the southern city of Abadan six months ago.

Sadegh Chegini, Prosecutor of provincial capital of Ahvaz, said 7 different verdicts have been issued for these people.

Chegini noted that all of them have been sentenced to three years in jail and payment of dieh (blood money) to the relatives and heirs of those killed in the incident.

According to the Ahvaz prosecutor, the convicts were also sentenced to exile, a ban from working in state organizations, cancellation of their work permits and also a ban on working in the civil engineering profession.

He noted that 10 of the people are now in prison and arrest warrants will be issued for the others.

Chegini also said the relatives of the victims have also partly received dieh. The Metropol collapse killed over 40 people. Right after the incident, officials blamed it on the owner of the building, saying it tumbled down due to poor construction standards.

Authorities later found that Metropol’s owner, Hossein Abdolbaghi, had been killed after getting buried under rubble. Abdolbaghi’s body was found and a DNA test confirmed the identity of his corpse.

The building collapse sparked sporadic protests in Abadan and a couple of other Iranian cities, with demonstrators demanding those responsible for the incident be put on trial.