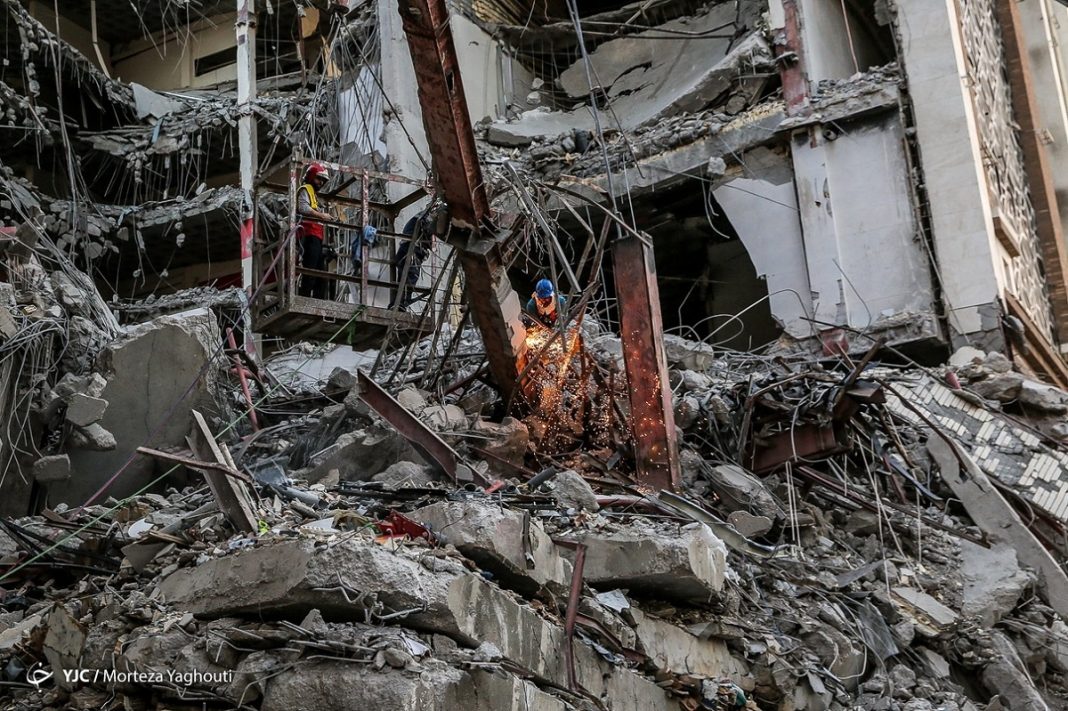 The Iranian Judiciary has issued an indictment for 20 people in connection with a building collapse that left dozens dead in the southwestern city of Abadan in May.

The Judiciary’s media center said the indictment will soon be sent to courts in the city of Ahvaz, the provincial capital of Khuzestan.

The report said that given the significance of the issue, the case was examined at the general and revolutionary courts of Ahvaz and the indictment was then issued.

In total, 21 people are implicated in the case but 20 people who played an effective role in the Metropol Building collapse have been indicted. All the accused are in custody.

The building collapse happened on Amir Kabir Street of Abadan on May 23. Over 40 people were killed after Metropol tumbled down due to what was described as poor safety standards during the construction of the edifice.

The incident caused anger and sporadic protests happened following the collapse in Abadan and a couple of more cities of Khuzestan province.

Authorities say the owner of the building is among the dead.