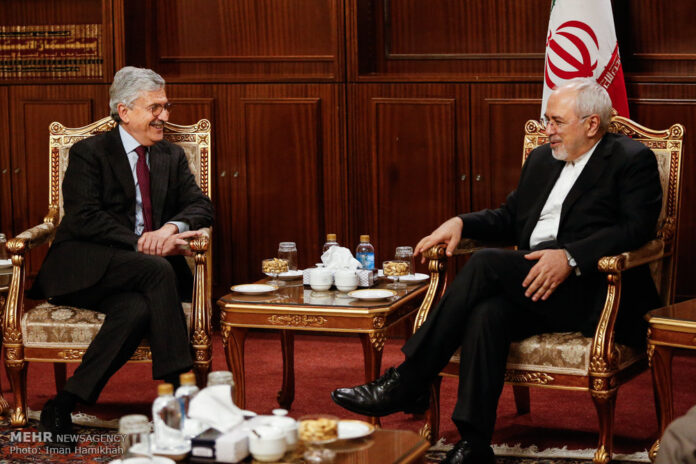 Visiting Iran to take part in the Second Tehran Security Conference, D’Alema held talks with Zarif on a number of bilateral and international issues.

During the talks, the Italian politician called for preserving and supporting the Joint Comprehensive Plan of Action (JCPOA), the nuclear deal signed between Iran and six world powers. He also said the strengthening of economic cooperation between Iran and the EU member states is of great significance.

For his part, Iran’s top diplomat underlined that in addition to the statements it has issued on the necessity of preserving the JCPOA, the EU should adopt practical measures to maintain and implement the nuclear accord.

Exchanging views on the developments in the regional states including Syria and Iraq was also high on the agenda of the meeting.

200 politicians, academics, and military officials from nearly 50 countries gathered in the one-day Tehran Security Conference to discuss security challenges threatening the regional countries and how to confront those threats.