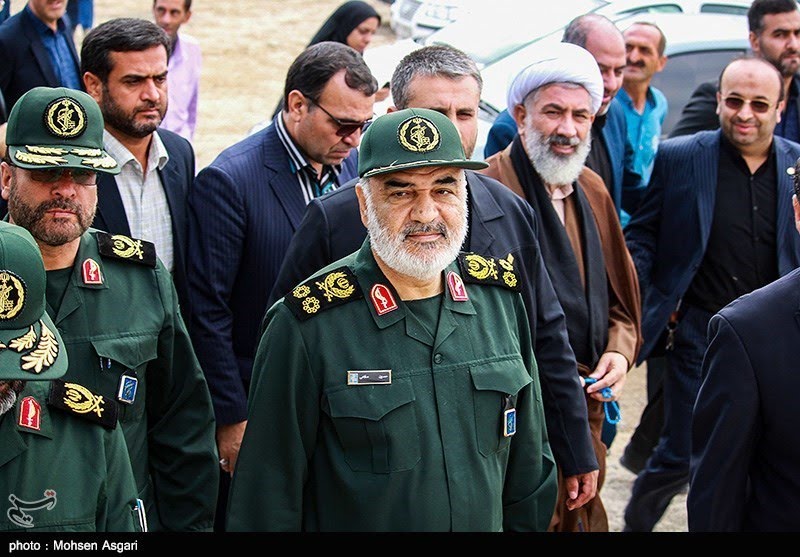 Iran’s Islamic Revolution Guards Corps Chief says the IRGC stands with the people of Khuzestan province to solve the problems in the southern province.

The Commander-in-Chief of the IRGC, Major General Hossein Salami, stated that Khuzestan is not only important but also sacred to us.

Salami, who arrived in Khuzestan Saturday morning to visit some cities and villages facing water shortage, said after the Leader of Islamic Revolution stressed on Friday that the officials should take the water problems of Khuzestan seriously, he has travelled to the province to solve the problems.

He continued that in project called Ghadir, about 525 km of pipeline with a diametre of 2 meters has been laid from Shush region, which supplies water to 70% of Susangard, Hamidiyeh, Hoveyzeh, Shadegan, Darkhovin, Khorramshahr and Abadan.

“In the recent water crisis, with the efforts of the IRGC forces, sixty 30,000-litre tankers are supplying water on a mobile basis in 87 villages, and today another 40 mobile tankers will be added,” Tasnim News Agency quoted Salami as saying.