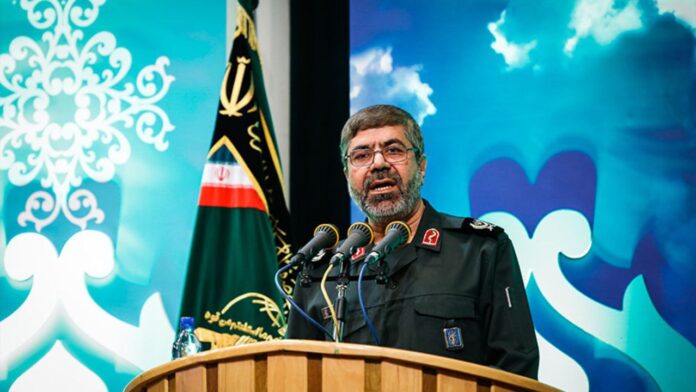 The Islamic Revolution Guard Corps has unveiled more details of capturing a British oil tanker at the Strait of Hormuz, saying even a Royal Navy’s frigate escorting the tanker failed to prevent the Iranian commandos from carrying the mission.

In a statement released on Saturday, the IRGC spokesperson Ramezan Sharif said the British oil tanker “Stena Impero”, escorted by a Royal Navy’s military frigate, was entering the Strait of Hormuz on Friday without observing the maritime regulations when it was captured by the IRGC naval forces at the request of the Iranian Ports and Maritime Organization in the province of Hormozgan.

The UK oil tanker had switched off its transponder, in contravention of international regulations, and was entering the strait from the southern route which is an exit path, he added.

The British oil tanker ignored several warnings from the IRGC Navy and refused to change track, the spokesman noted, adding that the escorting frigate from the UK Royal Navy stepped in as two helicopters scrambled to prevent the IRGC Navy’s commandos from carrying their mission.

Despite the military vessel’s involvement, the IRGC forces captured the oil tanker vigorously and rapidly, and transferred it to the anchorage for legal procedures, he added.

“We act decisively in enforcing the law and (Iran’s) national sovereignty over the Persian Gulf and the Strait of Hormuz,” the spokesperson concluded.