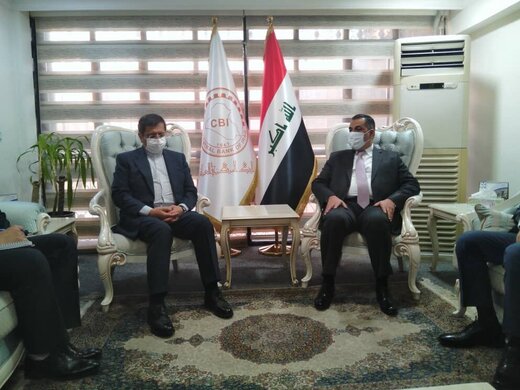 Governor of the Central Bank of Iran says his negotiations with the Iraqi officials have yielded "positive" results, and the Arab country has given its approval to the release of Iran’s frozen assets for the purchase of basic commodities.

In remarks on Monday, Abdolnasser Hemmati said he held a trilateral meeting with Governor of the Central Bank of Iraq Mustafa Ghalib Mukheef and Chairman of Trade Bank of Iraq (TBI) Salem Jawad Abdul Hadi Al-Jalabi during his visit to Baghdad.

Hemmati also pointed to his meeting with Iraqi Prime Minister Mustafa al-Kadhimi following the tripartite negotiations with the bank authorities, saying the Iraqi premier has hailed the agreement on the release of Iranian assets and has promised to pursue the implementation of the deal on a weekly basis.

The top Iranian banker then expressed hope that the new deal with Iraq would result in positive steps in the promotion of economic and banking interaction between the two “friendly and brotherly” neighbors.