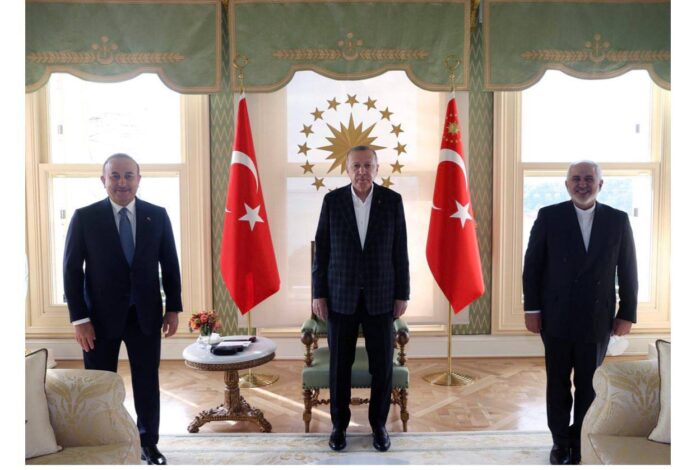 Iranian Foreign Minister Mohammad Javad Zarif, who is in Turkey for talks with Turkish officials, had a meeting with Turkish President Recep Tayyip Erdogan in Istanbul on Friday afternoon.

In this meeting, which was also attended by the Turkish foreign minister, issues of mutual interest including the 3+3 format for Caucasus were discussed.

Agreement on pursuing issues in bilateral ties and expression of interest in restoring bilateral trade to the previous track, agreement on increasing railway lines between the two countries, agreement on cooperation in Iraq and Syria and trilateral cooperation with Afghanistan as well as agreement on supporting the rights of Palestinian people were among other issues discussed by Foreign Minister Zarif and the high-ranking Turkish officials.