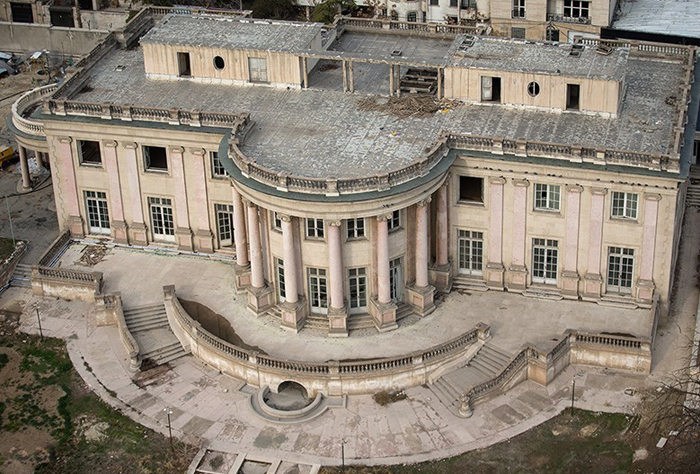 Sabet Pasal Mansion, which is commonly known as the Versailles Palace of Iran, is going to be inscribed as a National Heritage Site in an attempt to save it from demolition.

Farhad Nazari, the head of Cultural and Historical Heritage Registration Office at Iran’s Cultural Heritage, Handicrafts and Tourism Organization (ICHTO), was quoted as saying by the Shargh daily newspaper on Sunday that it is imperative to inscribe Sabet Pasal Mansion on the National Heritage List soon.

The registration is aimed at preventing the demolition of the mansion by its owner, who wants to build a high-rise building instead of the architectural masterpiece.

If the mansion is inscribed as a national heritage site, no development will be allowed in the site’s buffer zone.

However, according to Rajabali Khosroabadi, the head of the provincial office of ICHTO, the owner of the property has given a written pledge to safeguard the structure and not knock it down, IRNA reported.

He went on to say that a “cultural site and lodging facility will be constructed” to the west of the mansion.

“The demolition of Sabat Pasal was proposed two years ago, but ICHTO managed to prevent it after talks with the municipality,” he said, as reported by Financial Tribune.

The organization later started negotiations with the owner of the house and the two sides agreed to establish “cultural/lodging space” adjacent to the property, which would remain intact. 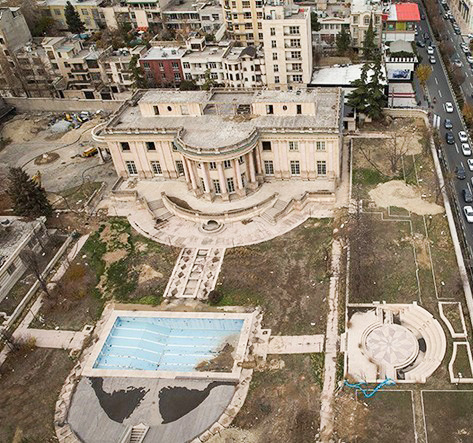 The proposal is currently awaiting a permit from Tehran’s ICHHTO office.

The official noted that at present, there is no need for the national inscription of the site as the owner’s commitment will guarantee the safety of the house and its buffer zone.

Mehdi Chamran, the outgoing chairman of Tehran City Council, had recently said the building “is of no cultural value” and supported a proposal to construct a mosque in its place as well as a commercial centre “to cover the expenses of the mosque”.

Khosroabadi dismissed Chamran’s claims as baseless, stressing that the agreements with the owner are firmly in place.

Sabet Pasal Mansion, also known as the “Stone Palace” or “Iran’s Versailles Palace”, is Tehran’s largest historical house located to the north of Africa Boulevard in Elahiyeh neighbourhood. It was built in the second Pahlavi period across an area of over 11,500 square meters, modelled after Petit Trianon Chateau on the grounds of the Palace of Versailles.