‘Iran’s Trade with World to Get More Difficult without FATF’ 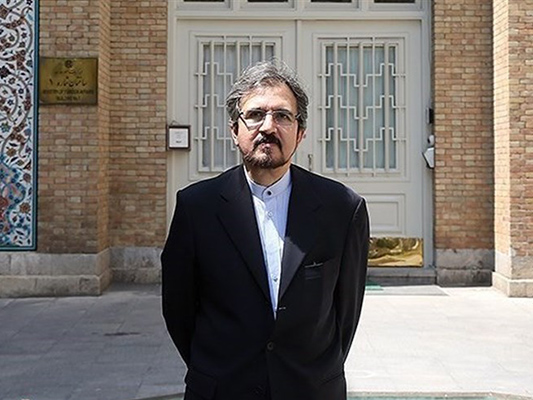 Iranian Foreign Ministry Spokesman Bahram Qassemi says adoption of the standards set by the Financial Action Task Force (FATF) is not expected to remove all economic problems of Iran but failing to adopt them will hamper the country’s trade exchange with the outside world.

In a Tuesday interview with IRNA, Qassemi said the Foreign Ministry draws on its expertise to insist that accession to the global anti-money laundering body is not expected to eradicate all economic problems of the country completely and overnight.

“But rejecting the FATF will undoubtedly deteriorate the problems we face in establishing trade ties with the world, making it harder, costlier and in some areas impossible,” he said.

The spokesman said by rejecting the FATF, even the Islamic Republic’s partners will face serious and costly problems for establishing legal and transparent ties with Tehran.

“They have explicitly expressed their concern that they might not be able to continue their cooperation with us easily,” he said.

Qassemi then added it seems some factional and political views are contributing to the public concern about the bills proposed by the government to get Iran out of the FATF blacklist.

“But it is critical that all experts and specialists, in concerted efforts, fulfil their national duty to raise [public] awareness and help the respectable members of Iran’s Expediency Council to make the best decision in this regard, guarantee our national interests and promote our security free from any politically-motivated, factional and individual view,” the spokesman said.

According to Qassemi, any decision could undoubtedly leave some positive or negative consequences for Iran. Therefore, he said, the decision makers should accept the responsibility of their decision in full consciousness.

Asked about the Expediency Council’s postponement of its decision on the FATF ahead of the upcoming holidays and the short time left before the deadline set by FATF for Iran to accept or reject the bill, he said the Foreign Ministry never views the issue from narrow partisan or political prisms.

“We raise a view and opinion which puts our national interests as the top priority. So, we have our own expertise-based view which is macro and multilateral,” he said.

The spokesman further noted that any country that seeks to safeguard its interests and status in the world has no way but to accept many international norms and regulations.

Based on the officials’ will and the people’s request, Iran seeks to establish routine ties with other countries and the international community in various areas like economy and trade, he said.

“Now, if we intend to enjoy the least banking and financial exchanges and communications, we have to accept and observe some defined standards which have been accepted by almost all states except for one or two countries,” he noted.

Qassemi then referred to the current special economic conditions and foreign relations of the Islamic Republic in the wake of the US’ re-imposition of its unilateral and illegal sanctions, and said today Iran is engaged simultaneously in negotiations with a number of its neighbors, traditional partners like India, China and Russia, and the European Union to thwart the US illegal sanctions.

“Some good progresses have already been made. The main point is that the mentioned states which have decided not to implement the US’ illegitimate sanctions and keep their trade cooperation with Iran, have joined the FATF. So, they have no way but to work only with those countries which have similarly adopted these standards,” he concluded.