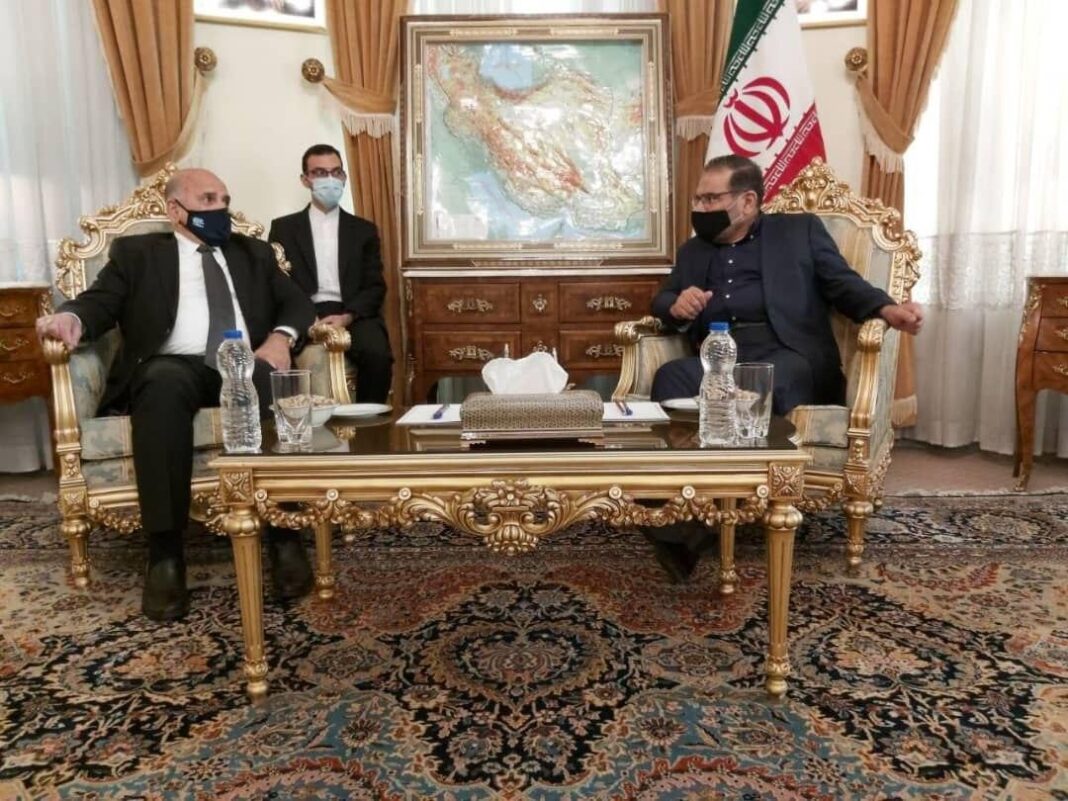 Secretary of Iran’s Supreme National Security Council Ali Shamkhani has discussed a range of issues with visiting Iraqi Foreign Minister Fouad Hussein, including the need for the US military to withdraw from Iraq.

In the Sunday meeting, the two sides exchanged views on bilateral, regional and international issues.

“Dialogue and regional cooperation are the best ways to establish lasting stability and security,” Shamkhani noted.

The top Iranian official touched upon regional countries’ potential to establish stability through talks and cooperation without the interference of extra-regional powers, and highlighted the necessity of cooperation among all regional states.

Shamkhani referred to the Israeli regime’s ongoing scheme to normalize its relations with some regional countries under the US pressure, and said the plan merely aims to secure full domination over the region.

“This trend, which is a major act of betrayal and a gross violation of Palestinian people’s rights, will not only fuel insecurity and sow discord among regional countries, but pose serious danger to the existence of compromising countries,” said Shamkhani.

“By expediting the full implementation of these agreements, the two countries will not only further boost reciprocal ties, but present a successful model of all-out cooperation,” he said.

“Shamkhani then noted that Washington’s assassination of top Iranian general Qassem Soleimani in Iraq is a glaring example of state terrorism.

He said the least severe punishment for perpetrators of this crime is for them to immediately leave the region, especially the country where the crime was committed.
“The Iraqi government is expected to seriously follow up on this cowardly assassination through international circles,” he said.

The top Iraqi diplomat, in turn, said his country is set to further enhance relations with Iran.

He noted the Iraqi government and people will never forget Tehran’s support and the sacrifices made by Iranian people, especially the youth, to wipe out the scourge of Takfiri terrorism in Iraq.

The foreign minister said the eight-year war imposed by Iraqi dictator Saddam Hussein on Iran in the 1980s failed to drive a wedge between the two nations, which, in turn, is good reason that no foreign country will be able to affect the good relations between the two countries, either.