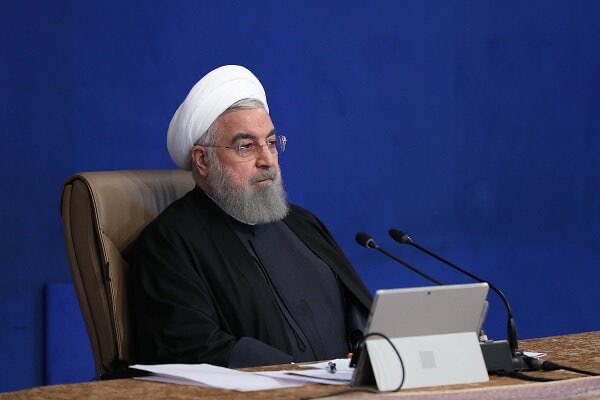 Iran's President Hassan Rouhani says Tehran will not accept any preconditions, like the inclusion of its missile program and regional activities in the 2015 nuclear deal with world powers, and will not renegotiate the accord, officially known as the JCPOA.

Speaking in a press conference on Monday, Rouhani said Iran will not accept any precondition, whether it is demanded by the incoming US president or Germany or any other party.

He said he has not heard from US President-elect Joe Biden that the US would need another deal with Iran if it is to return to its commitments.

That is what Trump asked during his four-year term in office, he said, adding that any precondition would be unacceptable no matter who raises it.

“The JCPOA is not negotiable; whether all parties implement the deal we already have or no one implements it,” the president added.

“Missile and regional issues have nothing to do with the JCPOA. The Americans argued for months to include [Iran’s] missiles in the negotiations and we rejected it. Or they tried to raise regional issues, but we didn’t agree,” he noted.

“Trump was unaware of these [talks], but Biden well knows what has been raised in the [2015] negotiations. These are not negotiable. What’s on the table is that all parties return to their commitments,” he added.

He said Iran has suffered huge damages because of the US sanctions in the past three years, but the country is not going to raise the demand as a precondition.

That will cause the sanctions to remain for several more years, he said.

Rouhani noted that if Iran wants to claim compensation for all the damages it has suffered, it must wage a world war against Europe and the US.

Iran definitely has demands from many countries, above all the US, but we should first return to the JCPOA and have sanctions lifted and then talk about compensation, he clarified.