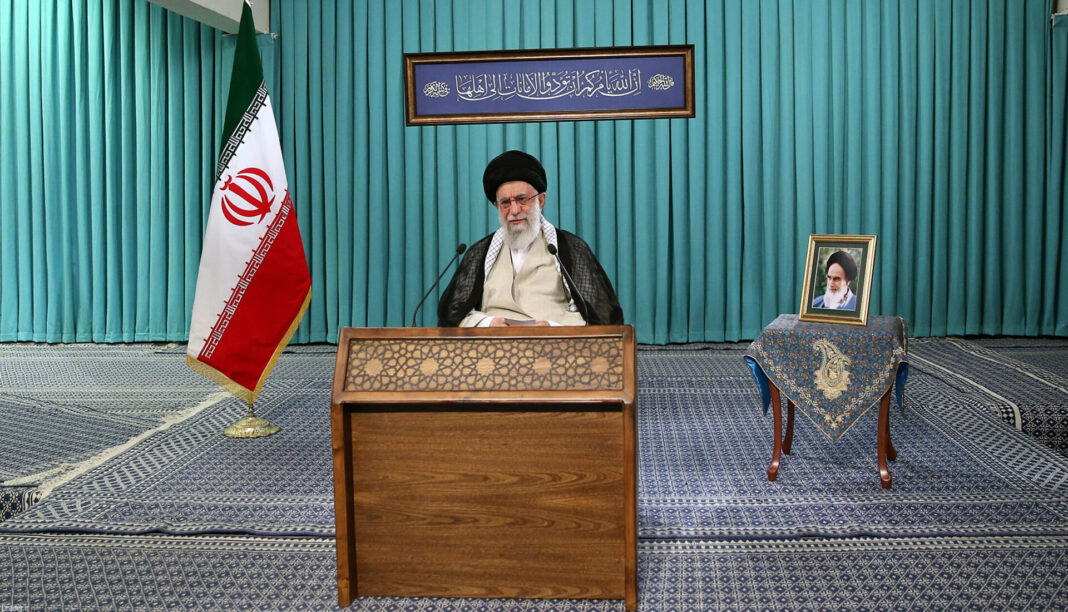 Leader of Iran’s Islamic Revolution has underlined the significance of the June 18th presidential election in determining the country’s destiny, saying a low turnout will help enemies undermine Iran.

The Leader also touched upon efforts by the enemy to create voter apathy, undermine Iran and then ratchet up pressure on the country and interfere in the country’s political and economic affairs.

“People, especially the deprived class, are right to have grievances as to why not enough is done to solve their livelihood problems, but these problems should be settled by choosing a strong, powerful and indefatigable person,” said the Leader.

Ayatollah Khamenei urged a huge voter turnout on election day to deal a blow to the enemy.

“In Friday’s election, the turnout is the first priority, and the choice that people make comes next,” he explained.

He said the enemy’s propaganda campaigns are aimed at ruining people’s mindset about the election and, if possible, intervene in the ballot.

“They (the enemy) wouldn’t like the grandeur and glory of Iran’s election to be revealed, but to the enemy’s dismay, elections have always been held on time and with the participation of people,” he noted.