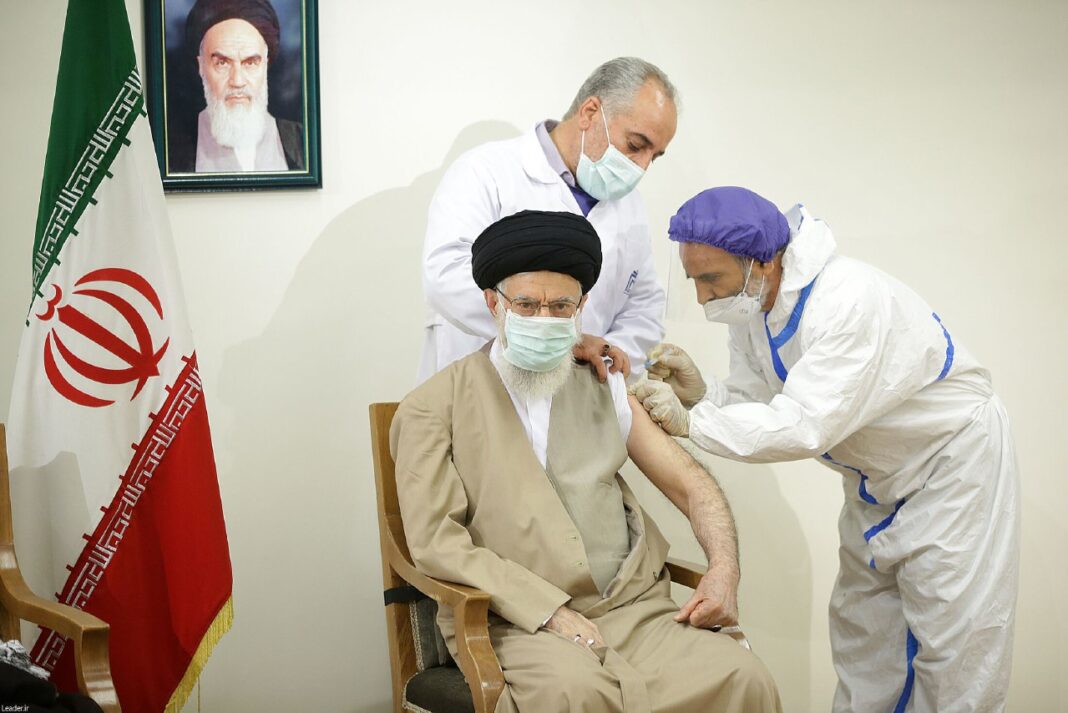 After receiving the jab, Ayatollah Khamenei thanked all those who were involved in the development of the homegrown vaccine, which was produced as part of a project led by the Headquarters for the Execution of Imam Khomeini’s Order, also known as Setad.

Ayatollah Khamenei thanked all of the country’s health workers who have been fighting against the deadly virus for more than a year.

“Because we should respect this national honour. As long as there is a possibility of prevention and treatment inside the country, why shouldn’t we use it?”

“Of course, when needed, the use of foreign vaccines along with Iranian vaccines is not a problem, but we must respect the Iranian vaccine and thank all the young scientists who worked hard and actively in the production of this vaccine as well as other centres that are developing vaccines in the country,” he added.

The vaccine developed by Iranian scientists was recently granted the permissiom for emergency use.