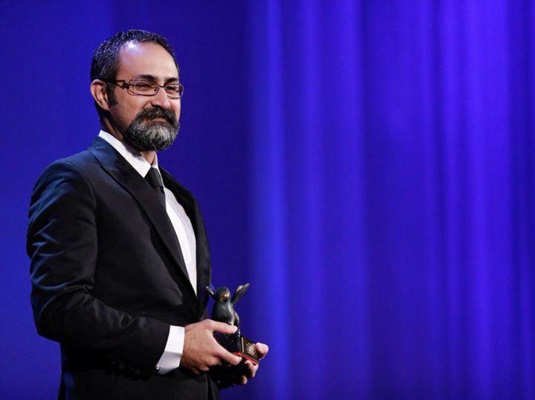 Iranian filmmaker Vahid Jalilvand has bagged the prestigious Gold Hugo award at the 53rd edition of Chicago International Film Festival for his latest drama ‘No Date, No Signature’.

In the previous edition of the festival, Asghar Farhadi’s The Salesman had won the Silver Hugo Special Jury Prize.

‘No Date, No Signature’ earlier claimed two awards at the Horizons section of the 74th Venice Film Festival in Italy. The movie bagged Best Director Award for Jalilvand and Best Actor Award for Navid Mohammadzadeh.

After receiving his prize at Venice, Jalilvand said, “I live in a country whose people believe when you pray for others, God first smiles at you and answers your prayers, so please pray for me that after getting this prestigious award, I do not get proud and never forget that cinema first is to make me a better person before turning me into a better filmmaker”.

‘No Date, No Signature’ was first shown at the 35th Fajr Film Festival in February, where it received 12 nominations and won three awards for best director, best supporting actor and best sound mixing. It is Jalilvand’s second feature film and tells the story of a forensic doctor who one day at his office comes across a child’s body and feels responsible for his death.

Hollywood Reporter’s Deborah Young believes the movie is “filmed with great sensitivity and style and superbly acted,” and said that “its story zeroes in on the class conflict between the rich and the poor”.

Young has also hailed Mohammadzadeh’s performance, calling him a “versatile young actor” who dives into a hot-tempered role as the grief-stricken father. “His furious visit to the chicken factory turns into one of the film’s most dramatic and effective scenes,” she wrote.

On the other elements of the movie, she has written, “the film is a visual pleasure, shot in elegant, nearly black and white images highlighted with faint traces of colour. Sets and costumes are effective in creating characters and setting the stage for the unfolding drama, matched by subtle musical comment”.

Jalilvand debut directorial work ‘Wednesday, May 9’ won the INTERFILM award at the 72nd edition of the festival in 2015.