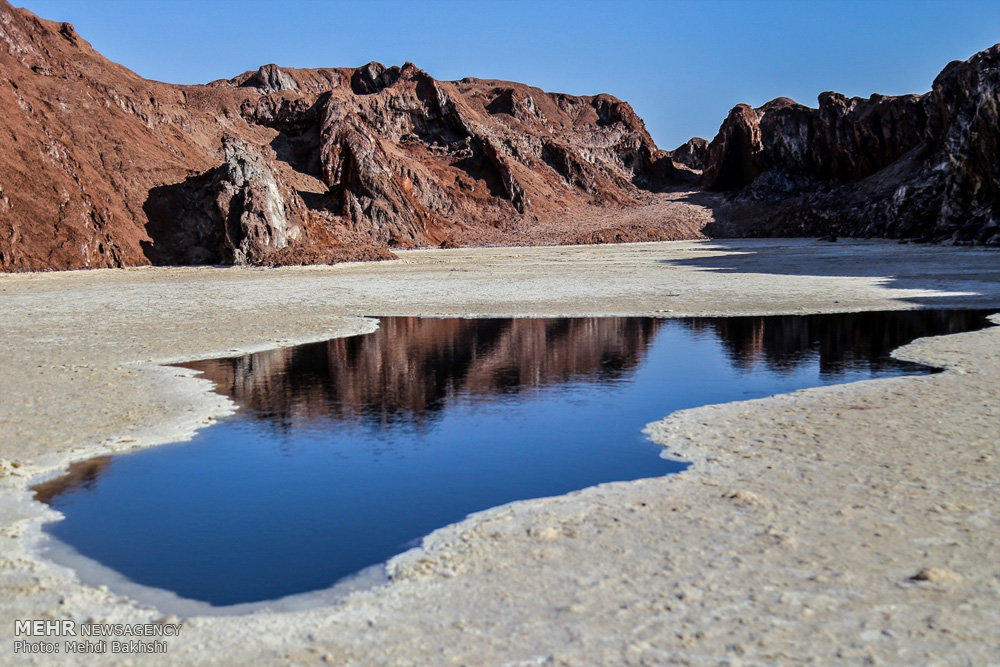 Qom Salt Rock, located 15 kilometres from the city of Qom in the southwest of the Iranian capital, Tehran, is one of the most beautiful natural attractions of Qom province.

A small lake, which is surrounded by mountains and rocks, has made the landscape more beautiful. In the second half of the year, due to the high volume of water evaporation, the lake turns into a thick layer of salt. At this time of year, the thickness of the salt on the lake reaches half a metre. There are various, unique and beautiful shapes formed in this structure that can attract many tourists.

In recent years, the capacity of the area to attract tourists has been somehow ignored, in a way that even many of Qom residents may not know such a thing exists near their hometown.