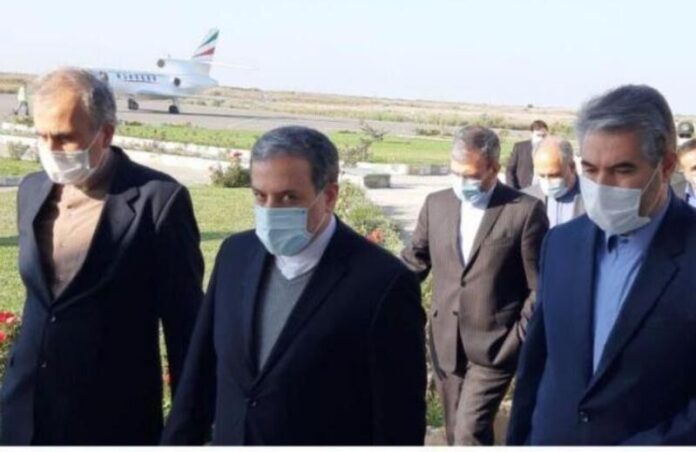 Iranian Deputy Foreign Minister for Political Affairs Seyyed Abbas Araqchi is to set off on a regional tour, as Iran’s special envoy, to promote Tehran’s initiative to settle the Nagorno-Karabakh crisis and the clashes between the Azerbaijan Republic and Armenia.

According to Foreign Ministry Spokesman Saeed Khatibzadeh, Araqchi will first visit Iranian border regions to see first-hand the latest developments on the ground.

During his Tuesday visit to border areas in the northwestern province of Ardabil, near the Republic of Azerbaijan, Araqchi warned the warring parties in the Nagorno-Karabakh conflict to prevent any harm to the security of Iranian territories.

Commenting on the escalation of fighting between Armenia and the Republic of Azerbaijan over the disputed Nagorno-Karabakh region, the Iranian diplomat said, “The security of border regions, dams, and constructions is highly significant for the Islamic Republic of Iran and is a red line.”

The deputy foreign minister underlined that the two neighbouring states must prevent any damage to the Iranian border sites and zones amid the fighting.

“The Islamic Republic of Iran has major water and electricity facilities at the Aras border river,” Araqchi noted, saying he would visit those sites in the trip.

The ranking Iranian diplomat visited a number of dams in the provinces of Ardabil and East Azarbaijan during the Tuesday visit.

The Republic of Azerbaijan and Armenia have been locked in a bitter conflict over Nagorno-Karabakh, as the fighting has escalated over the past recent weeks.

The two neighbours of Iran have agreed to respect a new humanitarian ceasefire in the conflict that took effect on Monday.

Dozens of rockets and mortar shells fired during the armed clashes have fell in Iran, damaging rural houses and injuring civilians.