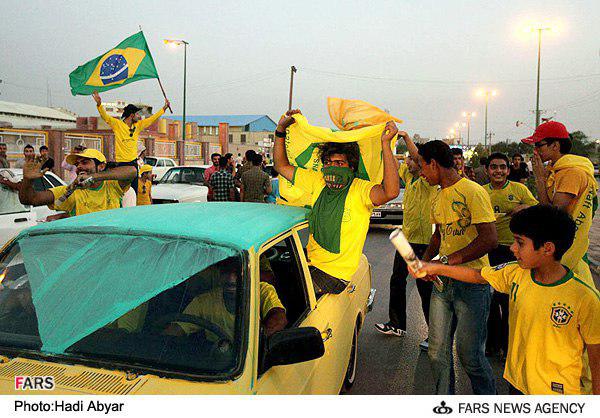 There is a city in south-western Iran whose football fans are quite different from all their compatriots. For these people, it is not the Iranian football team that they care most about, but it is the Brazilian team! The city is named Abadan.

World Cup fever is on again. As the drama of the world’s most-eagerly anticipated sports tournament unfolds in Russia, millions of people across the world have been glued to televisions watching the matches, celebrating victories and crying for those who failed to make it to the next round.

Iranians are no exception, as they are obsessed with football and see the brilliant performance of their national football team, Team Melli, in the world cup.

But the city of Abadan in Khuzestan province, south-western Iran, is quite different. They care about the defeats and wins of the Brazilian national team much more than they do for Iran! They often joke that Brazil is part of Abadan, and they will always remain loyal to the Seleção.

In a report published earlier this week, Shahrvand daily writes that in Abadan, a city in southwestern Iran, football is a part of life, not just a hobby.

Everything stops when Brazil plays in a World Cup match, with people waiting for Brazil to win so they can go to streets and celebrate an amazing play.

Many people in the city are wearing yellow shirts; portraits of Neymar are seen on storefronts; and Brazil national flag can be seen flying on car windows.

There are also barefoot kids playing football in dusty alleys in poor neighbourhoods, trying to mimic tricks by Brazilian players they see on the television. 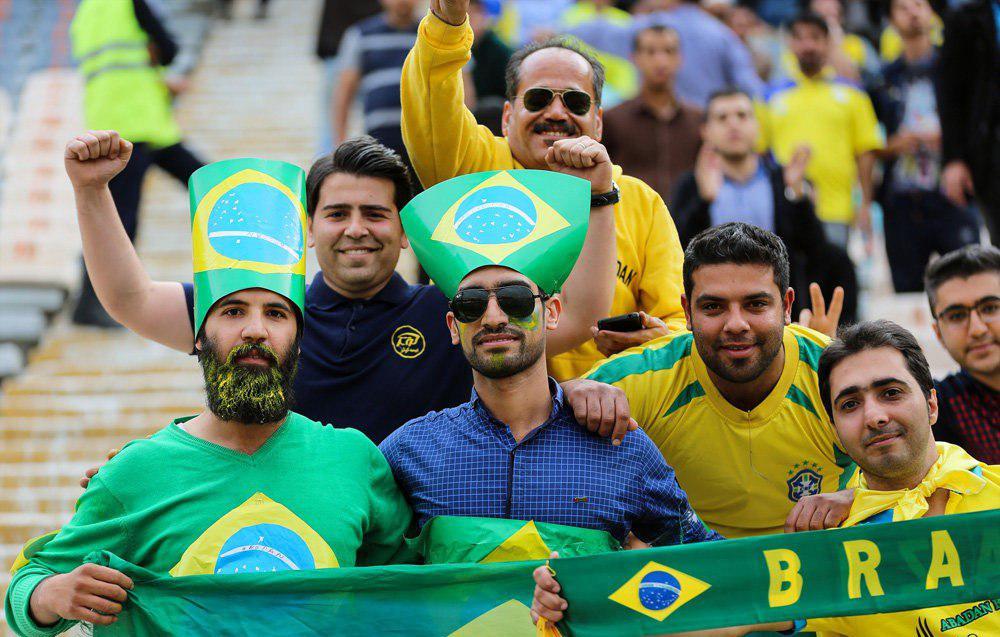 Brazil Is Our Love

Amir Somiri, an Abadani fan of football, says Brazilian players would be surprised to know they have such hardcore fans in Iran.

“Brazil, in Abadan, is our life, our dream, our love, everything. I love Brazil,” he said.

“Where does such a love come from,” we ask. “Abadani people find Brazilians to be like themselves,” Amir replies.

“We love them as they are warm people, just like us. They are brunette and cute, just as we are,” he said.

Notably, he remembered the humiliation on the scale of the 7-1 defeat against Germany in 2014, which shocked the entire city.

“After the demolition, I had awful nightmares for a couple of nights. I couldn’t accept that,” he said.

Amir, who was speaking Tuesday, said he is confident this year’s cup will be different for Brazil.

Although Brazil was held 1-1 by Switzerland in their World Cup opener on Monday, Amir says Brazil is poised to win the cup.

“The result of last night game made me upset. Although we draw the match but without a doubt we will advance to the next stage as the leading team of our group,” he said,

“God willing, we will win the cup,” he said.

Brazil later managed to defeat Costa Rica 2-0 on Friday, increasing its chance to advance to the next stage.

Brazil Was Part of Abadan

The passion for Brazilian football is so great that Abadan’s main football club, Sanat Naft, has a flag and uniform similar to that of Brazil.

Amin, another Abadani fan of football, says he is boast of supporting Brazil, as they play with passion.

“Here, people hold an extremely positive feeling towards Brazil, as they play with passion. They play for the love of the sport and for the supporters that are all around them,” he said.

He says for Abadani people, love for football has no boundaries and women and men alike love Brazil.

According to Amin, Abadani people love Brazil so much that they say the country has been part of Abadan before the earth’s continents separated millions of years ago!

“A few weeks ago, the Brazilian ambassador to Iran came to Abadan… They agreed to make Abadan the sister city of a Brazilian town. But the whole Brazilian nation are our brothers and sisters,” he said.

Mohammad Ali Alasti, a sociologist, says similarities between Abadan and Brazil may have led the Abadani people to associate the city with Brazil.

According to Alasti, poor people in underdeveloped and developing countries, including Iran and Brazil, find watching football a good way to forget about their misery and that could be a reason why both the Abadani people and Brazilians love football so much.

Abadan is an oil-refinery city hit hard by the Iraqi invasion of Iran in 1980s. The city even went under the siege of Iraqi forces, and hundreds of Iranians were martyred until the siege of the city was broken in 1981.

Abadan has not completely recovered from the war, and the effects of the war can be seen in many places of the city. 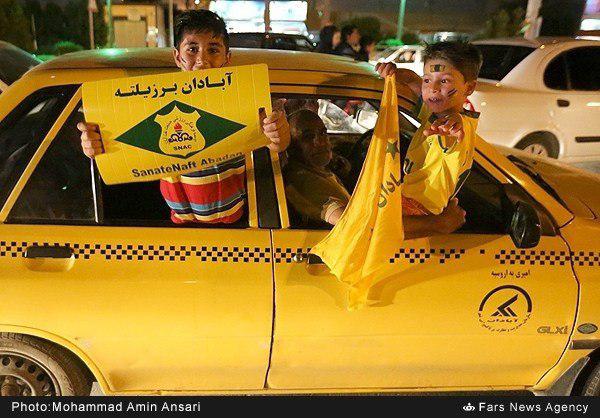