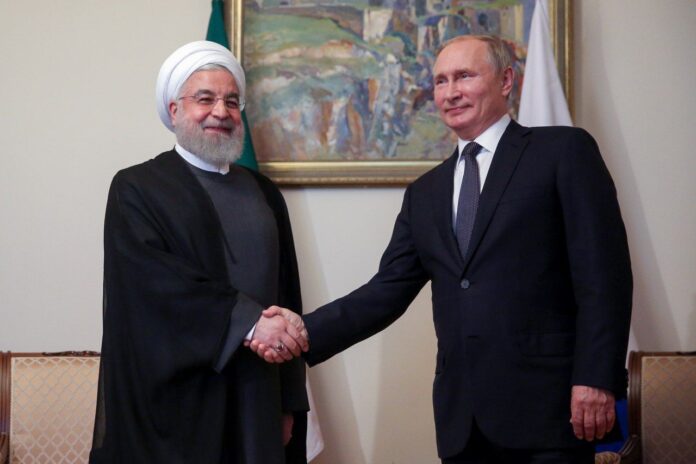 President of Iran Hassan Rouhani and his Russian counterpart have held talks on a range of issues in Yerevan, from the 2015 nuclear deal to a new Iranian initiative for peace in the Persian Gulf.

President Rouhani and Russian leader Vladimir Putin met on the sidelines of a summit of the Eurasian Economic Union (EAEU) in Armenia’s capital on Tuesday.

In the meeting, the Iranian president hailed the Joint Comprehensive Plan of Action (JCPOA) as a good example of success of multilateral diplomacy in settling the international issues.

Rouhani emphasized that in order for the JCPOA to be successful, all parties to the agreement should honor their commitments and all other counties should support it as well.

The Iranian president also highlighted Russia’s significant role in the implementation of the JCPOA.

He went on to say that the Iranian initiative is to include various types of cooperation, such as collective efforts for energy safety, freedom of navigation, and freedom of oil transportation for the Hormuz regional states and beyond.

For his part, Putin reaffirmed Russia’s support for the JCPOA, stressing that Moscow will do its utmost to push all signatories to the nuclear deal to honor it.

He also welcomed the beginning of official trade cooperation between Iran and the EAEU, saying it would contribute to closer regional convergence and development.

The two presidents also urged the need for the expansion of Tehran-Moscow ties in all fields of mutual interest, and discussed details of the Hormuz Peace Endeavor (HOPE) plan, which was put forward by President Rouhani in a recent meeting of the UN General Assembly in New York.