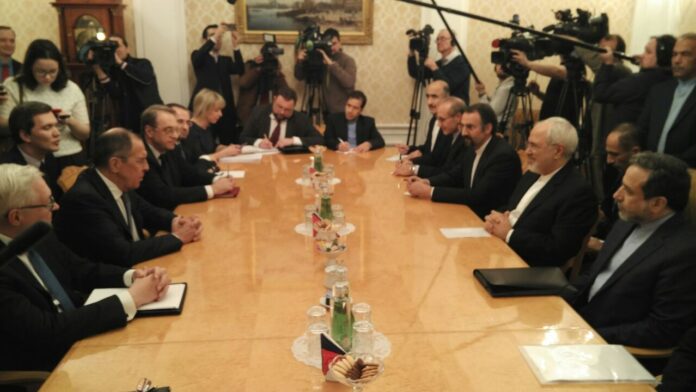 In the Wednesday meeting, Zarif reviewed the developing ties between Tehran and Moscow and hailed the positive and constructive positions of the Russian Federation regarding the US efforts to meddle in Iran’s domestic affairs at the UN.

For his part, Lavrov touched upon the significance of the nuclear deal saying that it is very important that the International Atomic Energy Agency has confirmed Iran’s compliance with its JCPOA commitments.

He also noted that Russia will continue to emphasize the important role of the IAEA.

The two sides also discussed and exchanged views on the important regional issues.