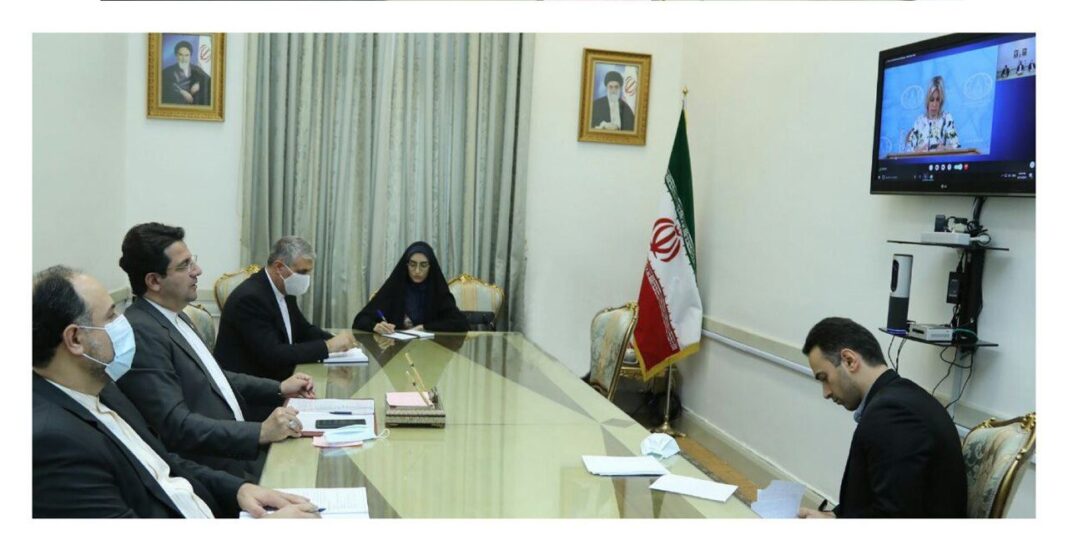 Spokesperson for the Ministry of Foreign Affairs of the Islamic Republic of Iran Seyyed Abbas Mousavi and his Russian counterpart have weighed plans to promote cooperation between Tehran and Moscow at a meeting held via videoconferencing.

In the videoconference meeting on Tuesday evening, Mousavi and Russian Ministry of Foreign Affairs Spokeswoman Maria Zakharova discussed the ways to enhance cooperation between the two countries in the media sphere and countering the untrue atmosphere the Western states have created.

The two spokespersons dismissed the claims raised by the Western states that the media is impartial and independent, stressing that unfortunately the media in the West has currently turned into an instrument for psychological warfare and propagating false news against the independent countries.

Mousavi and Zakharova also highlighted the growing relations between Iran and Russia in all fields, describing the close ties between the two countries and their common stances on various issues, including the regional cooperation and the opposition to the cruel Western sanctions, as an opportunity for closer cooperation between the Foreign Ministry spokespersons of the two nations.