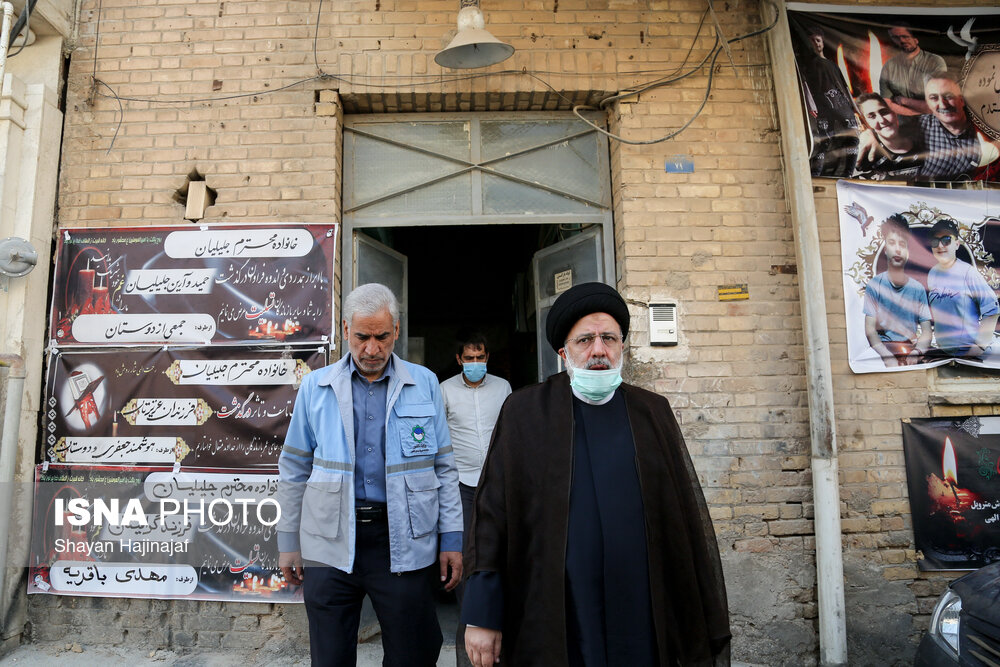 Iranian President Ebrahim Raisi has made a surprise visit to the site of a deadly building collapse in the southern city of Abadan.

The president flew to Abadan on Friday directly from East Azarbaijan Province of Iran to which he had made a visit.

In Abadan, Raisi inspected the process of debris removal at the site of the Metropol Building.

He also met with the families that lost loved ones in the incident.

The collapse happened 11 days ago. Dozens of people have died in the tragic event.

A number of people held protests in the city following the incident and demanded those responsible for the building collapse be brought to justice including the owner of the building Hossein Abdolbaghi.

But officials say Abdolbaghi got killed under rubble when the building tumbled down. Authorities blame the incident on poor safety standards.