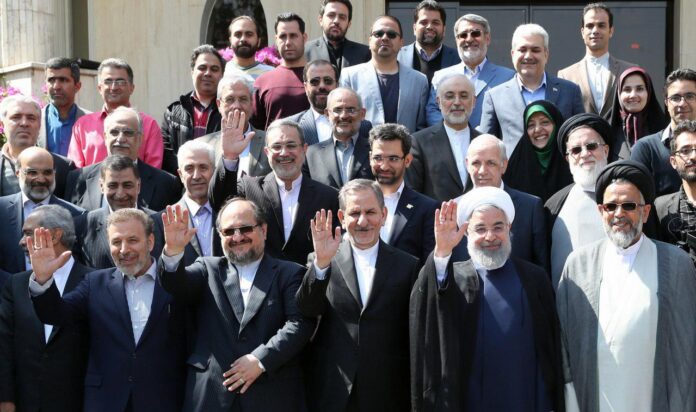 A huge number of parliamentarians sent an open letter to President Hassan Rouhani calling on him to immediately reshuffle his Cabinet to control a dramatic decline in the value of rial that has depressed markets in recent days.

“The current economic conditions of the country necessitate efforts by the three branches of power to consolidate the Islamic Republic and lessen economic pressure on the people and prevent a plunge in their purchasing power,” said the statement, which was signed by 187 legislators.

The statement, read in an open session of parliament on Wednesday, urges the president to shore up the economic team of his Cabinet to restore people’s trust in the government.

“You are aware of the sanctions, complicated plots of this country’s adversaries and creation of a war room against Iran,” the statement said.

“Ineffectiveness of the government’s economic team has seriously contributed [to successful implementation of these plots]. The government must make thoughtful planning considering the current situation,” the statement reads.

The dramatic rise in the rate of foreign currencies has adversely affected Iranian markets.

A crowd of businesspeople in Tehran Bazaar shut down their businesses on Monday and Tuesday in protest at the price hike.

Iranian President Hassan Rouhani said Tuesday the exchange rate problems are part of an economic war launched by the US, vowing that the nation will be able to handle the economic plots hatched by Iran’s arch-foe.

The Central Bank of Iran said on Monday that it had plans to create what it described as a secondary currency market to help ease tensions that plunged the rial against the US dollar to a record low level on Sunday.