Iranian Media Urged to Report Corruption at All Levels 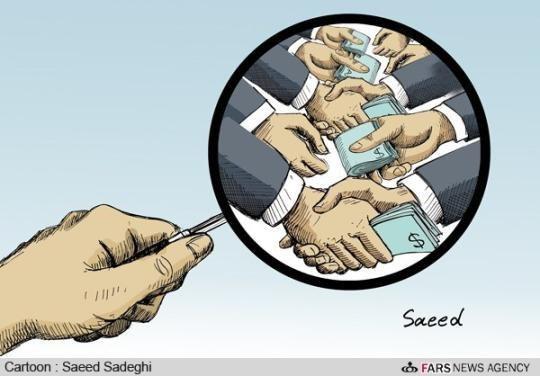 Secretary of Iran’s Supreme National Security Council Ali Shamkhani has highlighted the need to constantly fight corruption as the key contributor to diminishing public trust in the efficiency of the establishment.

He said media, while enjoying judicial immunity, should precisely and openly report proven cases of corruption at any level, said a Farsi report by the Islamic Republic News Agency (IRNA).

Shamkhani went on to say that the most important threat facing the country today is a drop in public confidence in the effectiveness of the establishment on different fronts.

“Honest words and deeds of officials in different executive, judicial and legislative branches constitute the main indicator for maintaining and developing the efficiency of the establishment in the minds of people in society,” said the top official.

Shamkhani further touched upon the importance of human rights.

“We should not allow our judicial issues to turn into national security issues, and at the same time try to become the flag-bearers of human rights in the world,” he stressed.

The top official noted that Iran pays due regard to human rights as a fundamental responsibility and a constitutional obligation.

“Although the hegemonic system seeks to launch biased and politically-motivated propaganda in order to challenge the Islamic Republic of Iran under rights-related pretexts, this should not keep us from constantly monitoring [the situation] and removing possible weak points,” said the official.

Elsewhere in his remarks, Shamkhani said the Code of Criminal Procedure must be observed while different judicial cases in the country are being reviewed.

He also underscored that different orders and injunctions should be issued carefully, and arrests should be made based on legal reasons.