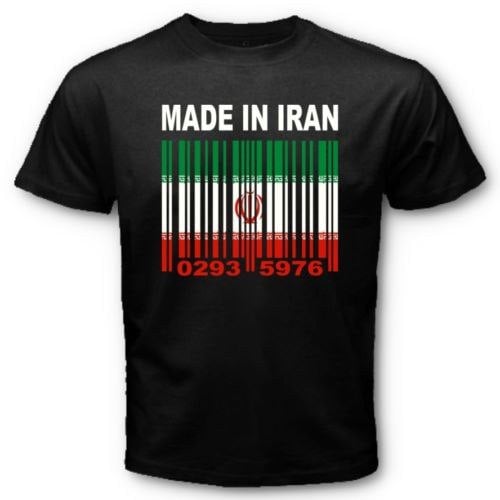 “This year, the government’s budget will not be spent on foreign goods and no governmental organization will purchase foreign products that have Iranian equivalent,” Es’haq Jahangiri said on Thursday, while addressing a gathering of people in his hometown Sirjan in Kerman Province.

The Leader has named the Iranian year as the “Year of Support for Iranian Products”, saying boosting domestic production could settle many of the country’s economic and social woes.

Jahangiri said the government will put this year’s motto on top of its agenda, and will work hard to overcome obstacles and accelerate Iran’s economic development.

“There are no problems in this country that cannot be settled using domestic capacities and resources,” he said, adding that boosting unity and solidarity among the nation will pave the way for settling Iran’s economic woes.

Iran’s Foreign Ministry has also released a statement in support of domestically-made products and national production. What follows is the full text of the Friday statement:
The Islamic Republic of Iran’s Foreign Ministry and missions across the world wholeheartedly received the illuminating message of the Supreme Leader regarding support for Iranian products. We do confirm and stress that the only way to achieve real and justice-based progress is to rely on domestic workforce and potential and to get rid of an oil-driven economy, and this feat will materialise only through making endeavours to boost national production both qualitatively and quantitatively.

In line with executing the recent statements of the Supreme Leader concerning the necessity of backing the country’s businesspeople, especially with the focus being on boosting non-oil exports, the Foreign Ministry, as part of its efforts to enforce the policies declared by the Leader, has begun changing the structure of the Foreign Ministry in order to ease the realisation of the country’s economic priorities. The servants of the country in the foreign policy arena announce their readiness to support businesspeople and facilitate the promotion of economic and trade contacts and relations at the international level while taking the country’s special situation into account and inviting all government institutions across the country to remain united, help remove obstacles to the attraction of foreign investment, boost exports, observe discipline and make precise arrangements in foreign relations.

The geographical situation of Iran as the corridor connecting the east to the west, and the north to the south, has provided this land and its industrious nation with enormous potentialities, reliance on which will bring about great opportunities for the development of Iran and the regional countries.

While focusing on efforts to facilitate the conclusion of bilateral and multilateral economic agreements with neighbours and trade associations such as Eurasia and emerging economic states as well as non-hostile major economic powers, the Foreign Ministry intends to focus on other dimensions of national policies such as targeted enhancement of provinces’ foreign relations and economic cooperation in different areas, including energy, transit, and taking in technology as well as foreign investment and tourists along with the enhancement of non-oil exports to lay the groundwork for boosting production and employment in the country, quantitative and qualitative promotion of Iranian products, facilitating competition [for producers] of Iranian goods on target markets, and to set the stage for the presence of the country’s businesspeople, especially those of the private sector, in bilateral and multilateral arenas.