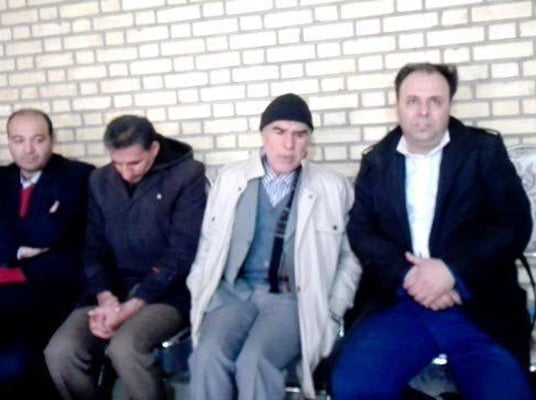 The governor of Golpayegan, a city in central Iran, was dismissed on Wednesday after a video of him shouting at and threatening a reporter went viral in Iranian social media.

The viral video, which was released on Tuesday night, shows Hossein Farasat, the governor of Golpayegan in Isfahan province, bullying Vahid Azami, a journalist working for Nasl-e No weekly magazine.

In this video, Farasat is seen angrily shouting at the reporter, “ordering” Azami not to take photos of him, and threatening to beat him if he refuses to sit down.

Farasat, whose inappropriate behaviour was widely condemned by Iranian social media users, apologized for his angry reaction, but stressed that he was outraged by the reporter’s refusal to stop taking photos of him in casual clothes.

Mohsen Mehr-Alizadeh, the governor-general of Isfahan province, officially apologized over Farasat’s behaviour on Wednesday, and finally sacked him later in the day.

Mohammad-Reza Tavassoli has been appointed as the acting governor of Golpayegan.