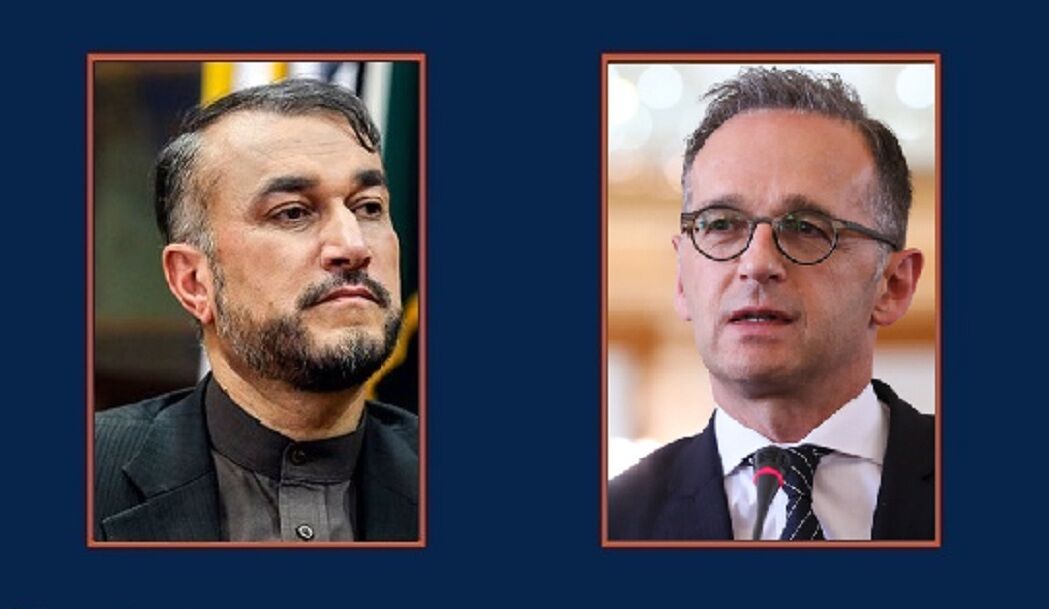 Iranian Foreign Minister Hossein Amirabdollahian and his German counterpart Heiko Maas discussed the Joint Comprehensive Plan of Action and the lifting of oppressive sanctions against the Islamic Republic in a phone conversation on Monday.

The German Foreign Ministry announced on its Twitter account that the call was made by the German foreign minister and that the issue of resumption of the Vienna talks at the end of November was at the center of the talks between the two sides.

The twitter message did not refer to the European countries’ failure to fulfill their obligations and stopped short of mentioning which parties should take action to implement this agreement and lift the oppressive sanctions.

It stated that Germany’s goal is for the negotiations to be concluded quickly so that the JCPOA can be fully implemented again soon.

The Joint Comprehensive Plan of Action emerged on 14 July 2015 after 13 years of intense negotiations.

A week later, it was endorsed by UN Security Council resolution 2231.

But after former U.S. president Donald Trump entered the White House in January 2017 and after a few preliminary steps, he unilaterally and illegally withdrew the United States from this agreement on 8 May 2018. U.S. secondary sanctions against Iran were reinstated in two stages.

The unbalanced implementation of the JCPOA on the one hand and the pressures resulting from the application and intensification of U.S. unilateral sanctions on the other hand led the Supreme National Security Council of the Islamic Republic of Iran to decide to suspend Iran’s nuclear commitments step by step, giving 60 days to diplomacy.

Iran has repeatedly stated that if the other remaining JCPOA parties begin to implement their obligations in accordance with the agreement, steps to reduce Iran’s JCPOA commitments will be reversed.