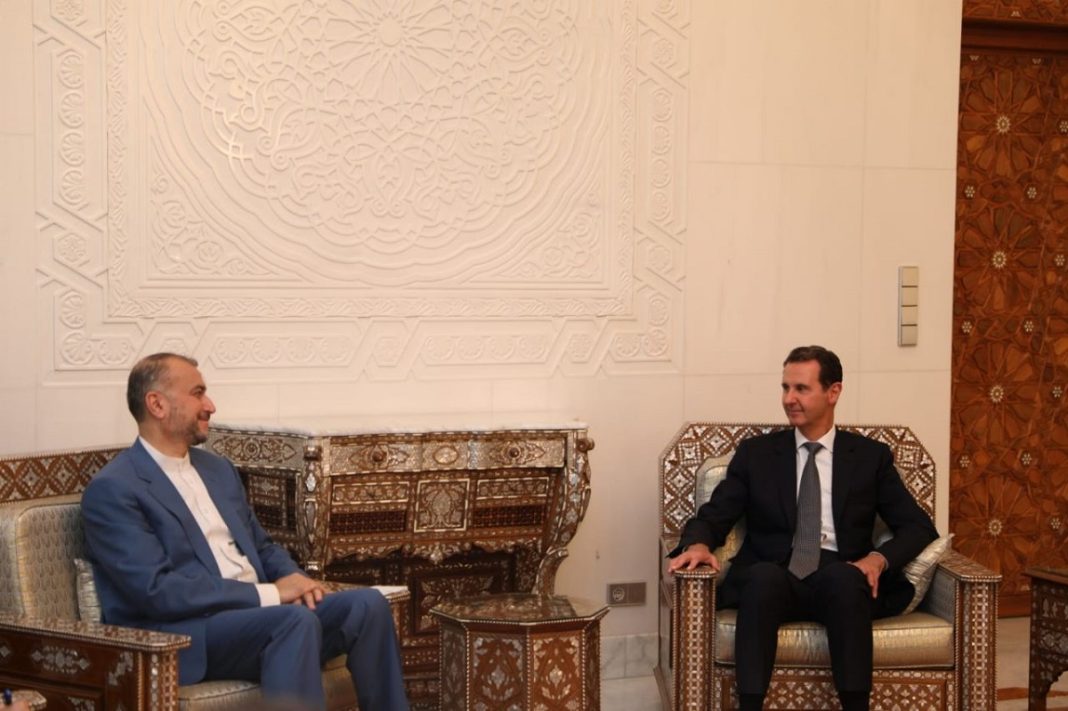 The Iranian foreign minister has warned that the known enemies of Syria’s territorial integrity and sovereignty are trying to disrupt the situation in the country.

Hossein Amirabdollahian in a meeting with Syrian President Bashar al-Assad in Damascus on Saturday, also referred to the Israeli regime’s attacks against Syria.

He described the silence of the Western organizations and governments to the attacks as an indication of their double standards.

Amirabdollahian added that failure to seriously deal with the Israeli regime’s destructive moves and its acts of aggression shows that Western governments’ claim that they are making efforts to stabilize Syria and restore security to the country, is not true.

The Iranian foreign minister added that this issue has further emboldened the racist Zionist regime to try to disrupt the situation in Syria.

In the meeting, the Syrian president also described the top Iranian diplomat’s visit to Damascus as important under the current circumstances and given the regional and international developments.

Assad added that a situation is unfolding in the region that will tip the balance in our favor.
He accused Western governments of provocative acts in Syria for the purpose of settling scores, rivalry and extracting concessions from other sides.

The Syrian president then referred to the existing concerns and dangers in the region, saying some of these issues are mutual among regional countries and must be resolved jointly through political means and dialog.

“We are happy that under such circumstances, the Islamic Republic of Iran is part of the political solution in the region”, Assad noted.

He added that Damascus welcomes any solution that shifts Syria away from war. The Syrian president described his country’s relations with Iran as a strategic alliance.