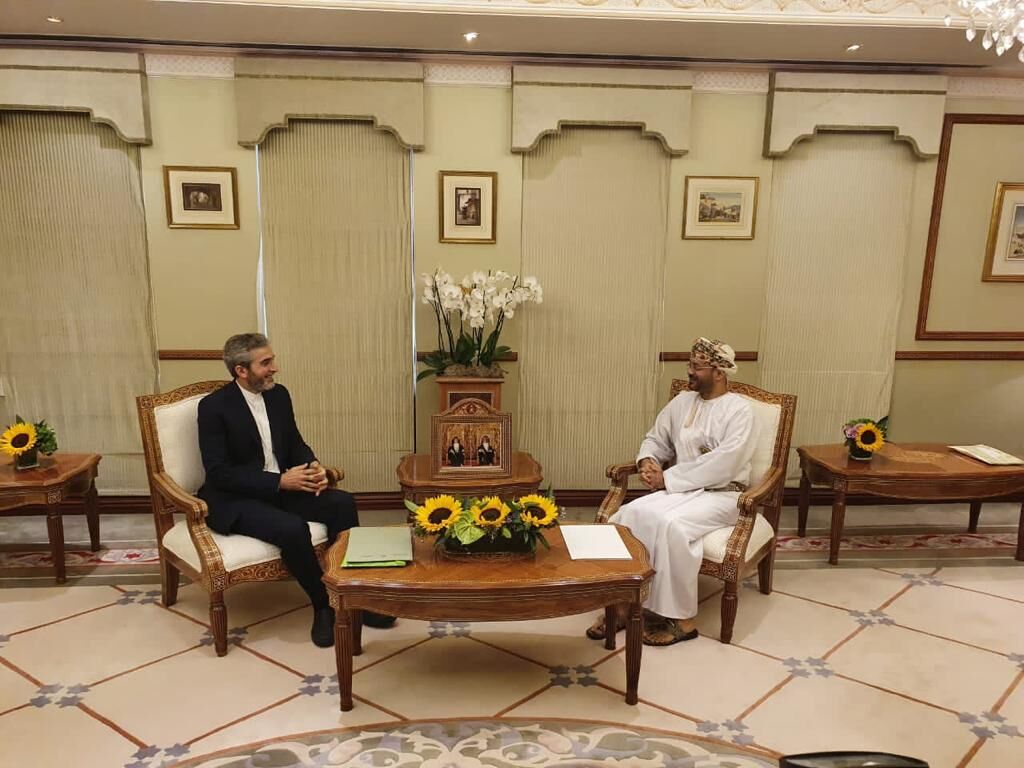 Bagheri and Busaidi discussed the state of bilateral ties including the pursuit of agreements between the two countries as well as regional and international developments.

The Iranian deputy foreign minister then referred to the mutual political trust between Tehran and Muscat.

Bagheri added Iran and Oman are determined to translate this precious political asset into expansion of lasting economic cooperation and extension of this cooperation to joint work toward stabilizing the region.

The Omani foreign minister for his part described as important the implementation of agreements signed by the two sides during the recent visit of the Iranian president to Muscat.