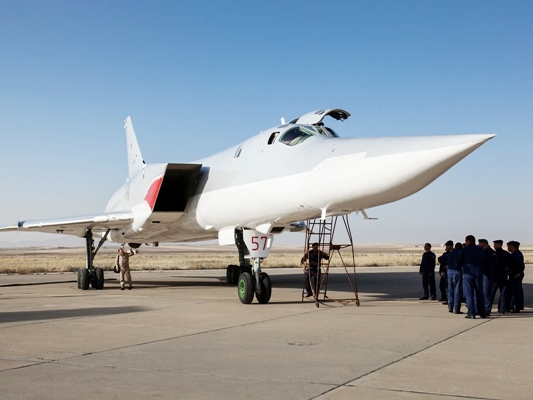 Russia's Ministry of Defence confirmed on Tuesday, August 16, that it had deployed Tu-22M3 bombers and Su-34 strike fighters to Iran and these have already carried out airstrikes against terrorists in Syria.

“Weapons and ammunition depots, training camps and command points destroyed through airstrikes were used to supply militants active in the Aleppo region,” the ministry said in a statement.

Iranian media have published photos claimed to be taken of these jet fighters in Hamadan: