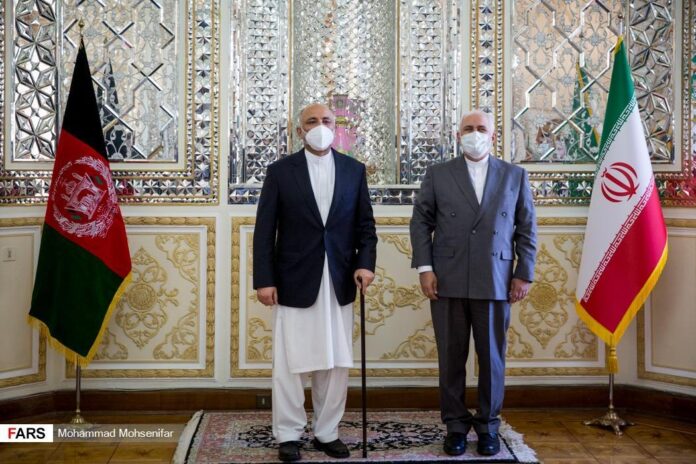 Iranian Foreign Minister Mohammad Javad Zarif has held talks with Mohammad Hanif Atmar, the caretaker of the Afghan Foreign Ministry who is in Tehran at the head of a high-ranking delegation.

During the Sunday meeting, which was held in three rounds, the two sides conferred on the latest developments in bilateral relations, including political, economic and cultural collaborations, security and border cooperation, the issue of Afghan nationals and refugees, transport ties, and other issues of mutual interest.

The two top diplomats also discussed the document of comprehensive cooperation between Iran and Afghanistan, which was agreed to be finalized in three months at most.

The high-ranking Afghan delegation will discuss and follow up on the agreements reached between the two foreign ministers within eight committees today and tomorrow.

The Afghan top diplomat’s visit to Tehran comes weeks after the deaths of a number of Afghan nationals who had plans for illegal entry into Iran or had entered Iran illegally with the help of traffickers, but lost their lives in the Harirud River.

Kabul says they were forced by Iranian border guards to go into the river, but Tehran denies the claim.

A number of Afghan nationals were also killed in a car fire in Iran’s Yazd province in a separate incident.

Afghan people accused the Iranian police for shooting at the car, which was carrying illegal immigrants, before it caught fire, but the Afghan ambassador to Tehran says the traffickers are to blame for the blaze.