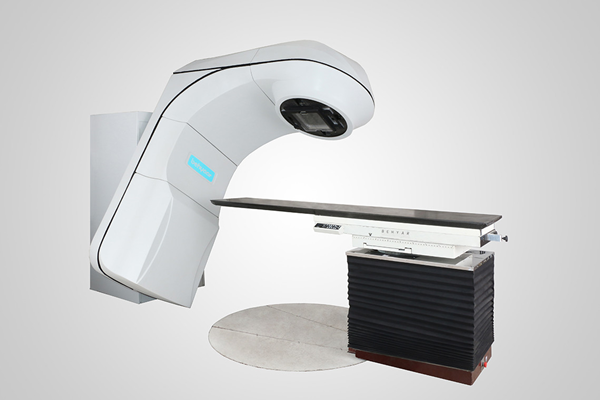 An Iranian knowledge-based company has developed a linear medical accelerator to expedite the treatment of cancer patients in Iran.

So far, only three countries in the world had the technology to produce this device, and now Iran has joined the club.

The device is used to accelerate and improve the treatment of patients with cancerous tumors. Now the Iranian company Behyaar Sanaat Sepahan has made this technology indigenous by producing the device.

Linacs have many applications: they generate X-rays and high energy electrons for medicinal purposes in radiation therapy, serve as particle injectors for higher-energy accelerators, and are used directly to achieve the highest kinetic energy for light particles (electrons and positrons) for particle physics.

This device, which is located in a room and accelerates particles such as electrons at very high speeds with the help of electromagnetic waves is widely used for the external radiotherapy of cancer patients. It rotates 360 degrees around the patient and is considered as the most practical method in the treatment of cancers.

The method of these devices is that the electron particles are accelerated by the radio waves within the vacuum chamber up to a few mega electron volts in a direct direction. Through direct emissions of low, medium and high electron beams they can treat surface tumors, such as skin cancer.

If a target (tungsten plate) is placed along the path of an electron beam, high-energy X-rays are produced suitable for deep-seated tumors.

The most obvious technical feature of the linear accelerator is its emission of x-ray, and the rate of this device is 200 moles per second.

The cost of a linear accelerator in the country is much less than its foreign samples (about one/fourth). Moreover, all parts of this machine are manufactured in Iran and only less than 10% of its parts are imported.

In each country, for every one million people there must be 3 to 4 of these devices, so the countries around Iran are in dire need of it. This company is ready to ship the device to neighbouring countries, and in the near future, the company would start sale of the technology.

The CEO of the knowledge-based company says the company is ready to provide after-sales services in case of any problems.