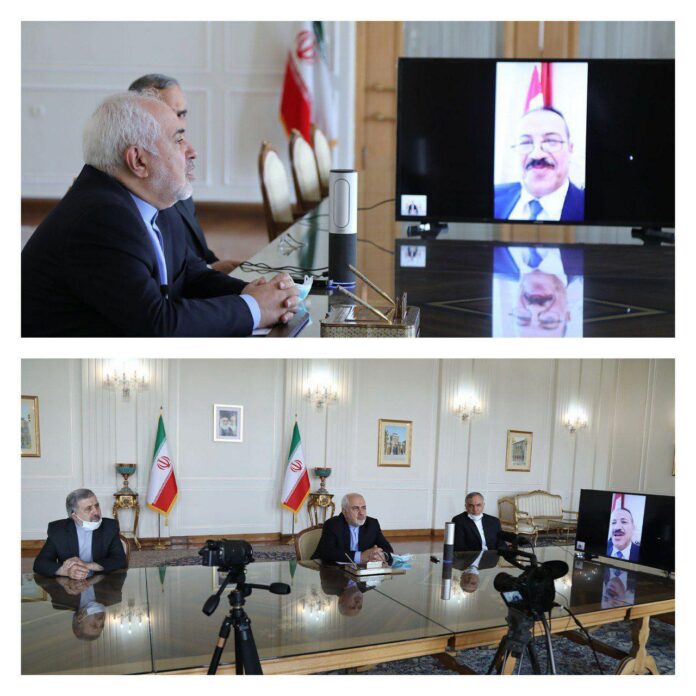 Iranian Foreign Minister Mohammad Javad Zarif has discussed the latest developments in the region and in Yemen with Hisham Sharaf Abdullah, the foreign minister of the Yemeni National Salvation Government.

“The Islamic Republic of Iran has always believed that the only way to resolve the Yemen crisis is through political means, and has had constructive cooperation with relevant Yemeni and international sides to propose a peace plan for Yemen,” said Zarif in the meeting held via videoconference.

“The Islamic Republic of Iran is of the conviction that the only way to establish stability in Yemen is to maintain its territorial integrity, unity among Yemeni groups and holding comprehensive political talks among different groups and parties to establish a united and broad-based government because Yemen belongs to all Yemeni groups,” said the top Iranian diplomat.

Zarif dismissed as unacceptable the ongoing aggression and unfair blockade against Yemen by the Saudi-led coalition as well as the seizure of ships carrying food and fuel amid the coronavirus pandemic.

“Despite restrictions and obstructive moves, the Islamic Republic of Iran keeps adopting the necessary measures to send humanitarian aid to stem the spread of coronavirus, and as before, will try its utmost to advance the Yemen peace process in a bid to see the blockade lifted, a ceasefire put in place and political talks resumed as part of numerous regional and international consultations,” he said.

The top Yemeni diplomat, in turn, expressed his gratitude to Iran for its political support and humanitarian assistance to Yemeni people. He presented a report to Zarif on the latest political situation in Yemen and the prospects of the Yemeni crisis. He said Yemen will make every effort to realize peace and tackle the human problems caused by the COVID-19 pademic.

US Outlaws Must Be Stopped Before Disaster: Iran’s Zarif