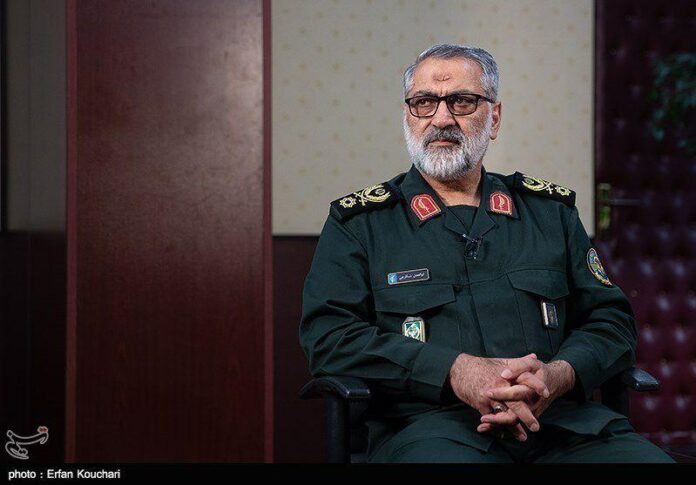 A top Iranian military official says the country will not tolerate any security threats along its borders with Armenia and the Azerbaijan Republic amid their conflict over the Nagorno-Karabakh region.

Brigadier General Abolfazl Shekarchi, the senior spokesman for the Iranian Armed Forces, made the comment amid an ongoing operation by the Azerbaijan Republic’s military to recapture parts of its territory occupied by Armenia.

“In the wake of a military conflict between the Azerbaijan Republic and Armenia and [their] failure to observe international good-neighbour principles as well as wartime expediencies on the borders of a third country, which resulted in a number of mortar rounds being fired and landing inside Iran’s territory, our Armed Forces will boost their defense lines along the borders and announce that the security of Iranian border areas and people is our red line,” said the general.

“In this connection, we remind both warring countries that first, they should watch out for warmongering and machinations of foreigners; secondly, they should settle their differences via peaceful means and dialogue, and thirdly, they should not jeopardize the borders of the Islamic Republic of Iran and the security and privacy of our fellow countrymen, which is a red line for our Armed Forces, by acting carelessly in their military operations and they should seriously take care in that regard,” he said.

“Following recent fighting between the two countries’ military forces in the Karabakh region, Nakhchivan and Armenia due to the machinations of some regional players, and the rocket and mortar attacks by the warring sides, some border areas of the Islamic Republic of Iran were affected and some of our fellow countrymen living in the border areas sustained damage,” the top general said.

“So, we emphasize that the two [warring] countries should resolve their differences through dialogue and not overstep Iran’s red lines or they will definitely rue the day,” he said.