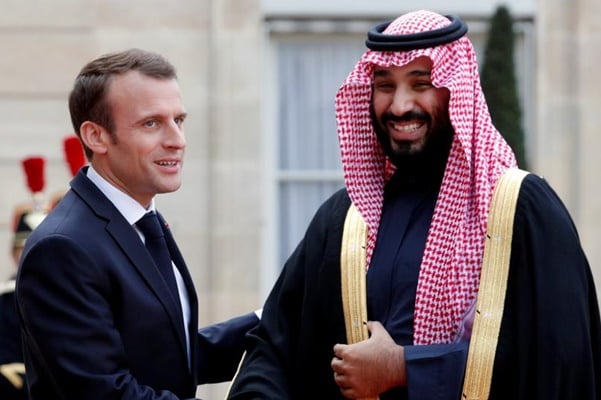 Iran’s Foreign Ministry spokesman has called on French officials not to be swayed by the allegations and adventurism of novice and bellicose Saudi heir to the throne.

Bahram Qassemi made the comments in reaction to the anti-Iran allegations raised in a joint statement by France and Saudi Arabia which was issued at the close of Saudi Crown Prince Mohammed bin Salman’s trip to Paris.

“France, as one of the members of the P5+1 Group of nations, was not expected to be influenced by the repetitive and utterly untrue insinuations and accusations of Saudi Arabia, which has always acted against the JCPOA, and has spent huge sums of money and put his country up for sale in a bid to impede the implementation of the nuclear deal,” said Qassemi.

“Unlike the claim made in the statement, the Islamic Republic of Iran has always taken steps towards ensuring the stability and security of the regional countries and fighting terrorism and terrorist groups, and believes the only way to restore security and tranquility to West Asia is to hold dialogue among the countries in the region.”

“France should know that the opposition such as that expressed against Iran [in the statement] emanates from some countries’ anger over Iran’s triumph in the war on the terrorism bred by them,” Qassemi underscored.

“French authorities probably know that Iran’s missile program is deterrent and defensive, and is not against the security and interests of any country and is simply based on our bitter but valuable past experience in order to ensure the country’s security and prevent aggression and encroachment by any aggressor beset by wishful thinking. It is definitely a domestic issue, and no country will be allowed to interfere in that,” he said.

Qassemi rejected the allegation made in the statement that Iran is supplying some groups and countries in the region with weapons. He denied the accusation and said:

“Given the public opinion in France, French officials had better rethink their policies on selling Saudi Arabia arms which will be used in Riyadh’s aggression against Yemen and slaughtering innocent people and which have resulted in human catastrophe in today’s world.”

“French officials had better not allow their historical and cultural relationship with an ancient, age-old and noble nation like Iran to be affected by the claims and adventurism of the inexperienced, proud and bellicose Saudi crown prince, who is being prosecuted in France on charges of genocide in Yemen,” he noted.