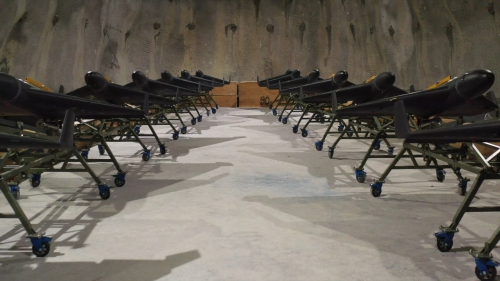 The commander of Iran’s Islamic Revolution Guards Corp says the country has enough potent homegrown arms but its major weapon is the determination and faith of the Iranian people.

Major General Hossein Salami was speaking at a ceremony where two new missile and drone bases of the IRGC were unveiled.

He said in the past, Iran defeated its enemies barehanded but now it has highly effective weapons in addition to strong faith.

The two missile and UAV bases of the IRGC became operational in the presence of Major General Hossein Salami.

Reports say these tunnel bases have been built in the heart of the high mountains and house ground-to-ground missile systems with advanced equipment, as well as stealth drones capable of infiltrating the enemy’s radar and defense networks.

It’s the first time that the IRGC unveils an underground UAV base. Military experts believe that Iran’s access to UAVs with a range of 2,000 kilometers, launch platforms for dual-projectile missiles, and multi-aircraft launch platforms for precision UAVs all show these bases are effective in defending and protecting Iran against any threat.

Iran has beefed up its military deterrence in recent years amid war threats by the US and Israel.