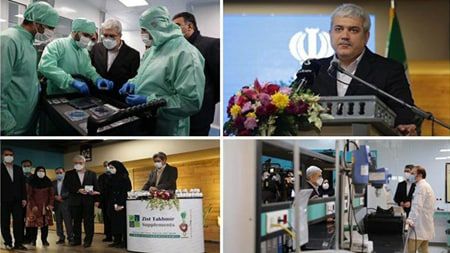 In a ceremony on Saturday, Vice President Sattari unveiled the Iranian yogurt starter culture that has been produced by the local firm ‘Biology Fermentation Company’.

The new product prepares the ground for the production of probiotic foods, such as high-quality yogurt with taste and aroma palatable to Iranian consumers, and obviates the need for the import of a strategic item widely used in the dairy industry.

In remarks at the event, Sattari stressed the need for the development of domestic technologies in the food industry to end reliance on the foreign products.

The Iranian knowledge-based companies can fulfill the domestic needs for modern technologies in the food industry, such as the animal husbandry and fishery, the vice president added.

He further hailed the new domestically-made starter culture as a major achievement in the use of probiotics in the food industry that reduces the dairy industry’s reliance on imports.

The vice-president then pointed to the large variety of palates and tastes in dairy products across Iran, describing such ecological diversity as a valuable capacity for competition in the global market.

Biology Fermentation Company has made headways in the probiotic food and dairy product industry and has turned into a model for the other knowledge-based companies, Sattari added.