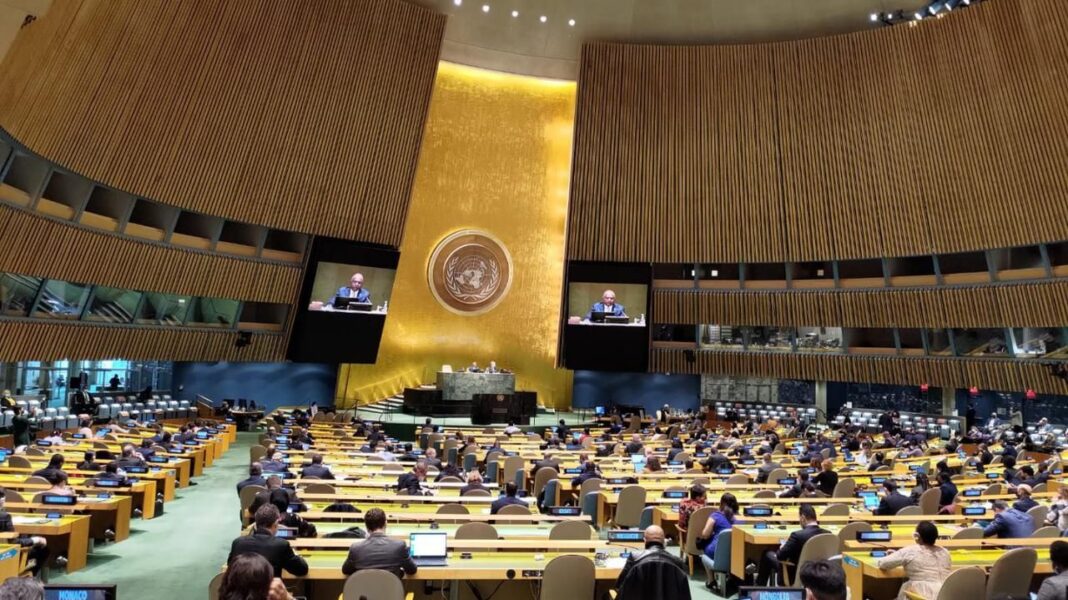 Iran has rejected a resolution at the United Nations General Assembly over the Holocaust, calling it an abuse of international mechanisms by the Zionist regime to cover up its crimes.

Iran’s Foreign Ministry said in a statement that a resolution issued on the Holocaust at the United Nations General Assembly and its articles are unrelated to the Islamic Republic, and called it an abuse of international mechanisms by the Zionist regime to cover up its crimes, declaring it completely null.

As our country’s Permanent Mission to the United Nations in New York has in an explanatory statement officially proclaimed the Islamic Republic of Iran’s stance on the Holocaust resolution, it is reiterated that the racist Zionist regime abuses international bodies to cover up its daily crimes against Palestinians. This move by the Zionist regime is another attempt at abusing international mechanisms to cover up the regime’s daily crimes, which unfortunately have the unconditional support of the West these days.

As is clear to all, the atrocities during the Second World War took place with the two motives of racism and expansionism, two satanic traits inherited and represented now by the Zionist regime. The regime’s racist approach has been affirmed in numerous international documents, and in spite of the solid will of the international community, Israel remains the sole racist regime with an expansionist ideology.

The Islamic Republic of Iran has considered genocide an act to be condemned and unjustifiable under any circumstances, and that is the reason why, during the Second World War, Iran hosted people displaced by the conflict in some European countries. This is while the faux Zionist regime has constantly attempted to exploit victims of the World War II and Jews as justification for its egregious and aggressive acts.

This regime and its leaders have over the past seven decades committed all acts of criminality and specially crimes against humanity against the people of Palestine and the peoples of regional countries by violating international law. Genocide, assassinations, ethnic cleansing, the demolition of houses, and siege are some of the crimes that the Zionist regime is constantly in the process of committing.

The statement concludes: The Islamic Republic of Iran once again stresses that historical research is needed to avoid the repetition of historical catastrophes, which should be conducted without political prejudgments; and thus, such constrictive approaches are not acceptable, and such a resolution is not deemed based on consensus, and is thus null.