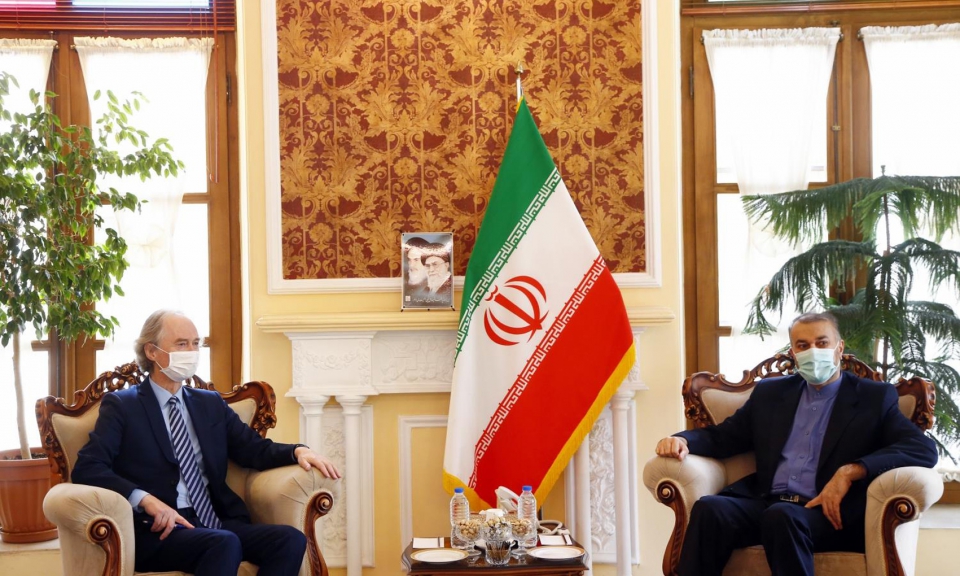 Iranian Foreign Minister Hossein Amirabdollahian has discussed the situation in Syria with the UN Special Envoy on Syria Geir Pederson during a meeting on the sidelines of the UN General Assembly.

During the meeting, held on Friday noon, the Iranian foreign minister expressed support for the work done by the United Nations and the special envoy to help end the crisis in Syria, and at the same time, called for the world body’s attention to

all aspects of the crisis in the country.
Amirabdollahian also condemned the United States’ sanctions against Syria, stressing that the UN is expected to play a more active role to help remove the cruel sanctions, which have targeted the people of Syria.

He noted that occupation, military presence and intervention by some countries, against the will of the government and people of Syria, have further prolonged the crisis in the country.

Amirabdollahian once more reiterated support for the territorial integrity and the will of the people of Syria as a fundamental policy of the Islamic Republic of Iran.

During the meeting, the UN special envoy also briefed the Iranian foreign minister on the latest developments in Syria and the UN measures in the country.