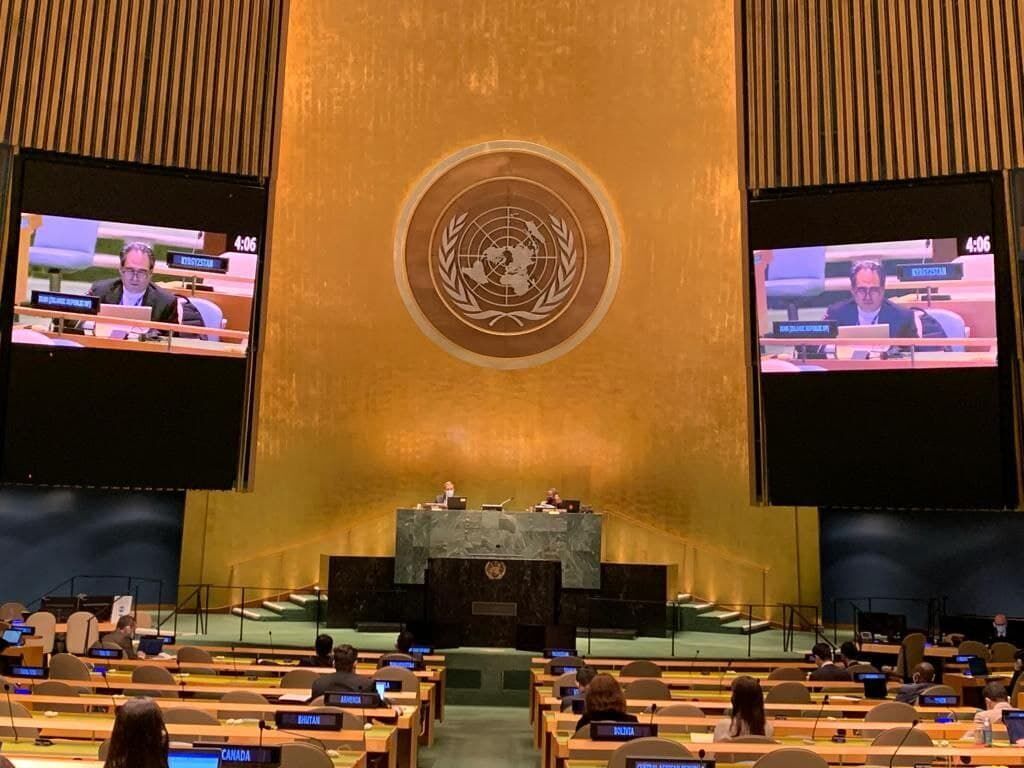 A biennial resolution presented by Iran regarding nuclear disarmament has been approved by a committee of the United Nations General Assembly, with majority of its members voting in favor.

The United Nations General Assembly (UNGA) First Committee has unanimously endorsed a biennial resolution proposed by Iran on follow-up of the implementation of commitments verified in 1995, 2000 and 2010 conferences on nuclear disarmament.

The resolution urges signatories to the Non-Proliferation Treaty (NPT) to speed up their efforts in line with carrying out their commitments under the previous agreements on destruction of nuclear weapons arsenals based on principles of transparency, irreversibility and under international supervision.

According to the NPT, nuclear countries have pledged that they will refute manufacturing of nukes and transferring nuclear arms to other nations.

Iran’s proposal emphasizes that all member states of the United Nations are expected to support creation of a Middle East free from nuclear weapons, which entails the Zionist regime’s accession to the NPT and allowing supervision of the International Atomic Energy Agency (IAEA).
The proposal also stresses that non-nuclear states should be ensured that nuclear powers will never use nukes against them.

Iran’s representative in the session warned that new round of nuclear arms race is very alarming, calling for a halt for such attempts.

It is expected that the Iranian proposal would be submitted to the UNGA about one month later to be finalized.

Iran’s permanent Ambassador to the UN Majid Takht-Ravanchi has criticized the states and regimes who hold nuclear weapons while seek justifications for not abiding by their commitments.

Takht-Ravanchi made the comments after the UN Disarmament and International Security (First Committee) approved the resolution presented by Iran, according to IRIB.

He noted that their justification cannot be bought and added, “They committed themselves to nuclear disarmament in 1970, and this is not justifiable.”