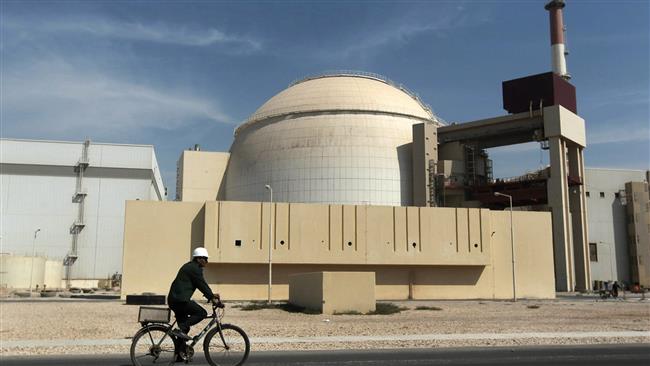 Iran has started the construction of two new nuclear power plants in the southern province of Bushehr in a joint project with Russia’s Rosatom energy firm.

In an agreement between the senior officials of the Atomic Energy Organization of Iran (AEOI) and Rosatom, phases two and three of Iran’s Bushehr nuclear power plant will begin supplying electricity to Iran’s power grid in 10 years.

According to the general director of the Rosatom, Iran and Russia will jointly build the two plants on the northern coast of the Persian Gulf.

“Twenty percent of the entire phase two and eighty percent of its building construction will be done by the Iranian side. We have signed an agreement to build eight power plant blocks and these blocks could be built in other parts of Iran,” said Rosatom Director General Alexey Likhachev at a Tuesday press conference with the AEOI chief Ali Akbar Salehi in Bushehr.

Salehi also expressed hope that the second phase of the project will finish in seven years and the third two years later.

The AEOI chief also elaborated on the benefits of the project for Iran, saying, “The first phase of Bushehr nuclear power plant is now operational and as a result, some 11 million barrels of crude oil is saved annually. The production of electricity by a 1,000-megawatt plant will also help diminish up to seven million tons of gas emissions every year.”

The ceremony to inaugurate the project came a few days after International Atomic Energy Agency (IAEA) Secretary General Yukiya Amano visited Iran, and once again confirmed Tehran’s compliance with the agency’s charter and the 2015 nuclear deal with six world powers.

Iran says that the project will be conducted within the framework of the Safeguards Agreement with the IAEA and the Non-Proliferation Treaty (NPT).

Salehi said the implementation of Iran’s nuclear deal, known as the Joint Comprehensive Plan of Action (JCPOA), has played a positive role in making the project come to life.