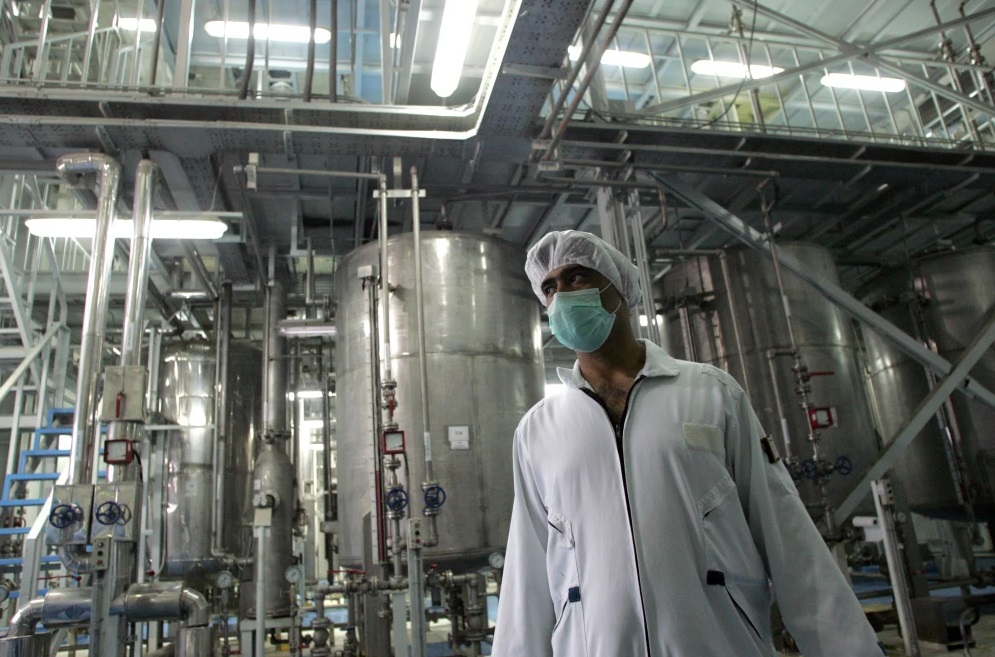 Reports say Iran has made two new strategic moves in retaliation for the IAEA resolution against the country including gas injection into advanced IR2 and IR6 centrifuges.

According to Mehr News Agency, Iran has also accelerated the production of all types of machinery, centrifuges and parts needed for the nuclear industry.

Mehr added Tehran has notified the International Atomic Energy Agency of these measures in several letters.

Iran had earlier removed some of the IAEA’s surveillance cameras, set up as a goodwill measure, as well as the Online Enrichment Monitor (OLEM) and the flow meter from its nuclear facilities as part of the Islamic republic’s retaliatory measures against the resolution passed by the agency’s Board of Governors.

Also, the IAEA chief says Iran has told the agency it wants to disconnect 27 cameras of the oversight body from its nuclear sites. Rafael Grossi said Iran plans to remove all extra surveillance cameras installed under the 2015 nuclear deal, JCPOA.

He acknowledged that these cameras are beyond a comprehensive safeguards agreement between the two sides.

But Grossi noted that nearly 40 cameras, which were installed under the safeguards agreement, will remain in place at Iran’s nuclear sites.

Meanwhile, the Islamic Republic’s Permanent Representative to the United Nations Mohammadreza Ghaebi strongly condemned the IAEA resolution drafted by the US, Britain, France and Germany as politically-motivated and spiteful.

In a statement, Ghaebi said the IAEA’s move comes as the agency has conducted its most intensive inspections at Iranian nuclear facilities.

He added that in 2021 alone, 22 percent of the UN atomic body’s inspections were conducted in Iran while the Islamic Republic’s nuclear facilities account only for 3 percent of those under the supervision of the IAEA in the whole world