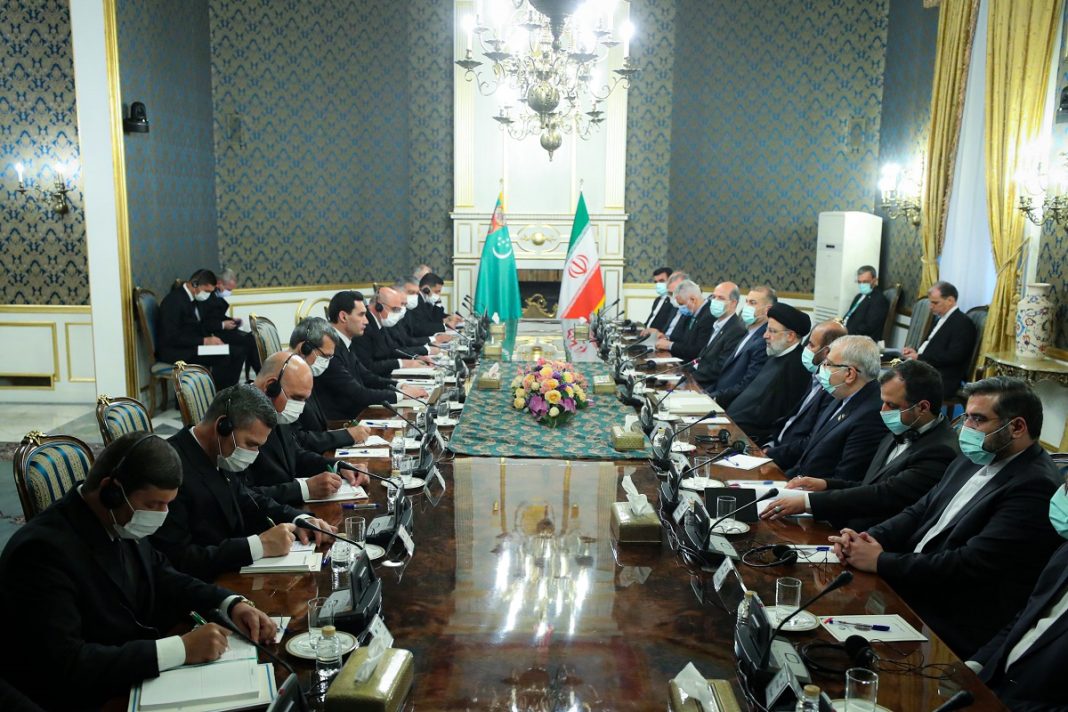 Officials from Iran and Turkmenistan have signed 13 agreements on bilateral cooperation during the second day of a trip to Tehran by Turkmen President Serdar Berdymukhamedov.

The agreements, in the political, economic, trade, transportation, investment, new technologies, the environment, sports, energy, judicial, education and research, and tourism fields, were signed in the presence of Iranian President Ebrahim Raisi and Berdymukhamedov on Wednesday in the Iranian capital.

Among the officials who signed the agreements were Iranian ministers of road and urban development and culture, and the chief of the Islamic Republic of Iran Broadcasting (IRIB), as well as provincial governors.

The Turkmen president arrived in Tehran on Tuesday evening at the head of a high-ranking delegation. This is the first visit by Berdymukhamedov to Tehran as the president of Turkmenistan and is meant to reciprocate a visit by Raisi to the Central Asian country last year.

Raisi led a political and economic delegation to attend the 15th Summit of the Economic Cooperation Organization (ECO) in December last year.