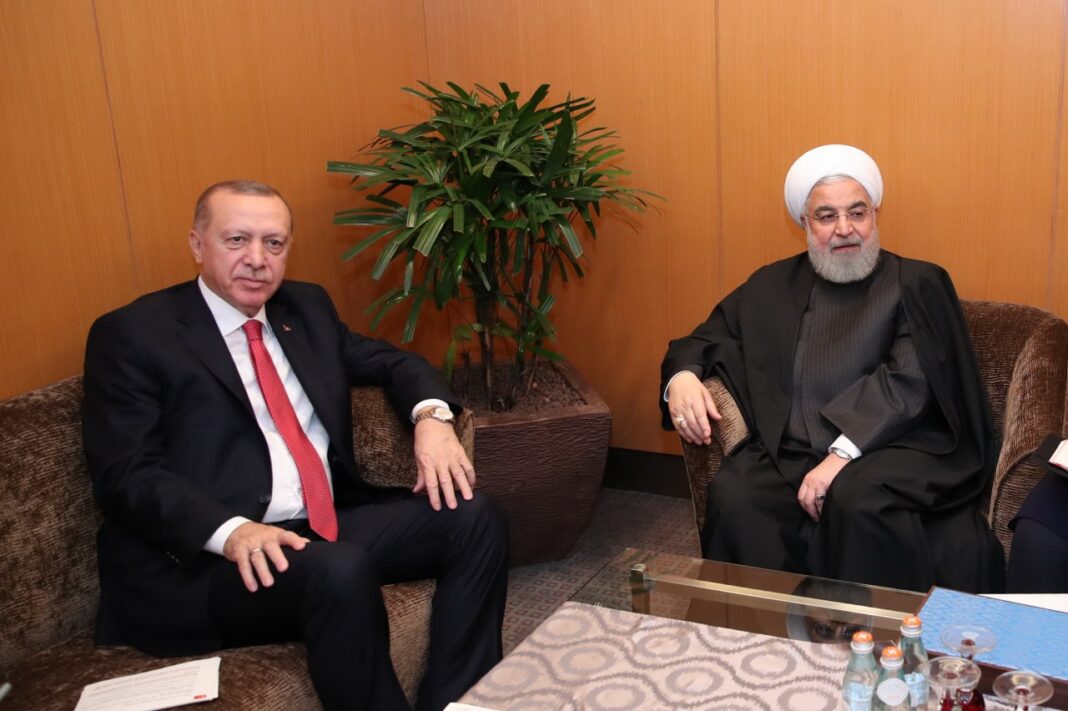 Presidents of Iran and Turkey have discussed the ways to expand the bilateral relations between the two neighbors, settle the regional problems, and contribute to peace in Syria under the Astana Process.

Iranian President Hassan Rouhani and his Turkish counterpart Recep Tayyip Erdogan held a meeting on the sidelines of the KL Summit 2019 in Malaysia on Thursday.

In the meeting, both presidents hailed the Malaysian prime minister’s initiative to bring the heads of a number of Muslim states together at a summit in Kuala Lumpur for addressing the Islamic world’s problems, and stressed the need for closer cooperation and solidarity among the Islamic nations.

The Iranian and Turkish presidents also talked about the regional issues, particularly the course of developments in Syria, and called for cooperation between Tehran and Ankara within the framework of the Astana Process.

In the gathering, President Rouhani expressed concern about the lingering presence of American forces in Syria and the US attempts to take control of Syria’s oil resources, and called for closer cooperation among Iran, Turkey and the Syrian government.

The Iranian president also stressed the need for cooperation with the Damascus government to facilitate the withdrawal of terrorist groups from Idlib and restore calm in the Arab country.

Elsewhere in the meeting, Rouhani and Erdogan conducted a review of the latest status of relations between Iran and Turkey, and urged efforts to enhance the bilateral ties in various fields, including the energy industry, transportation, trade and banking sector.

It was also decided that the special envoys of the two presidents would pursue the agreements reached at the meeting and carry out the agreements made at Iran-Turkey Joint Commission on Economic Cooperation.

The two presidents also decided to hold the next session of Supreme Council of Iran-Turkey Economic Coordination in Tehran in spring, to be chaired by the presidents and attended by the cabinet members of the two neighbours.

The KL Summit 2019 kicked off in Kuala Lumpur on Thursday, attended by hundreds of Muslims leaders, politicians, and thinkers.